Was the Watchtower Right About 1914? 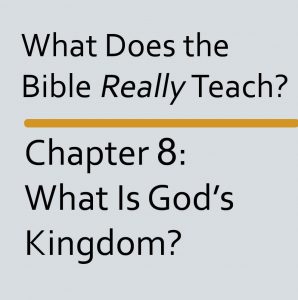 The Watchtower has changed its end times chronology many times, but you would believe the opposite if your only source of information were “Bible Teach.”

Watchtower Teaching #4: The Watchtower correctly foresaw what would happen in 1914

This is the best place to use The False Prophecies Approach from my book, Getting Through to Jehovah’s Witnesses: Approaching Bible Discussions in Unexpected Ways.

Paragraphs 22-23 (pp. 84-85) assert that Jesus had to wait to start his Kingdom rule, stating, “During the 19th and 20th centuries, sincere Bible students progressively discerned that the waiting period would end in 1914… World events that began in 1914 confirm that the understanding of these sincere Bible students was correct.”

On page 285 of The False Prophecies Approach, I suggest that you confront the Witnesses with what the Watchtower really taught about 1914:

In view of this strong Bible evidence concerning the Times of the Gentiles, we consider it an established truth that the final end of the kingdoms of this world, and the full establishment of the Kingdom of God, will be accomplished at the end of A.D. 1914.[i]

Most likely, the Witnesses with whom you are meeting will have no idea that the Watchtower made these errors.

In my comments on Chapter 2, I recommended that you “stuff aces”—(1) that the Watchtower is neither infallible nor inspired, (2) that honest writers disclose and admit their own failures, and (3) that it is fulfilled prophecy that builds people’s confidence in the Bible.

This is the time to use them.

Ask the Witnesses why paragraph 23 (p. 84) doesn’t forthrightly disclose and admit these errors. Instead, it gives the impression that it was correct in its predictions about 1914.

You can add, “If fulfilled prophecies build credibility for the Bible, as the book said in Chapter 2, then what do failed predictions do to the credibility of the organization that made them and to the God for whom they claim to be speaking?”

On pp. 288-290 of The False Prophecies Approach, I set out six defenses the Watchtower often makes at this point, and I explain how to refute them.

You can also disclose to the Witnesses the fact that the Watchtower relied heavily on supposed measurements of passageways in the Great Pyramid of Gizeh to confirm its teachings about 1914.

Ask the Witnesses, “Wasn’t that pyramidology involvement in paganism?”

In fact, my post, “Watchtower Word Play”, documents the Watchtower’s later condemnation of pyramidology as “being led by vain philosophy and false science and not following after Christ.”

Interesting, given that they were the ones doing it!

Paragraph 23 (p. 85) states that Jesus became King in 1914. Yet in Matthew 28:18, shortly after his resurrection, he told his followers, “All authority has been given me in heaven and on the earth.” Past tense!

Likewise, Colossians 1:13 says of the Father, “He rescued us from the authority of the darkness and transferred us into the kingdom of his beloved Son…” Again, past tense!

Ask the Witnesses to explain.

I have discussed how to do this in a post entitled, “Challenging 1914 from the Bible”.

On pages 216-217 (the appendices don’t have numbered paragraphs), this appendix gives extensive calculations tracing a prophecy in Daniel from 607 B.C.E. (the supposed date of the fall of Jerusalem to the Babylonian empire) forward 2,520 years to arrive at 1914 C.E.

There are two major problems with this chronology. First, Daniel’s prophecy was about King Nebuchadnezzar of Babylon, not about the date on which the Messiah would supposedly receive kingly power in heaven.

In a post entitled, “Challenging 1914 from Watchtower Literature”, I have discussed how to show this to the Witnesses from the Watchtower’s own materials, which are available online in the Watchtower’s “Insight” book.

Page 217 shows that the Watchtower bases its 1914 date on the supposition that the Gentiles would “trample” on Jehovah’s rule from 607 B.C.E. and that the trampling would end in 1914 C.E.

That’s one reason that in the 1889 book (1908 edition) I cited above, the Watchtower had concluded that “the full establishment of the Kingdom of God, will be accomplished at the end of A.D. 1914.”

You can ask the Witnesses, “Doesn’t Chapter 3 say that Satan is still ruling this world? Doesn’t that mean that the Gentiles are still trampling on Jehovah’s kingdom here on earth?”

Instead page 217 claims that “in October 1914… ‘the appointed times of the nations’ ended, and Jesus Christ was installed as God’s heavenly King.”

Of course, invisible happenings supposedly occurring in heaven are impossible to prove or disprove.

But what about the trampling on the earth?

Undeterred, page 217 makes it seem as if its 1914 teaching is in full harmony with Jesus’ prophecies: “Just as Jesus predicted, his ‘presence’ as heavenly King has been marked by dramatic world developments—war, famine, earthquakes, pestilences…”

Such developments bear powerful testimony to the fact that 1914 indeed marked the birth of God’s heavenly Kingdom and the beginning of ‘the last days’ of this present wicked system of things.”

You can say to the Witnesses, “I don’t understand. In view of the fact that the Watchtower has completely changed its teaching regarding what would happen in 1914 as well as its citing of measurement of a pagan pyramid as confirmation, why should we consider its interpretation of world events as trustworthy evidence of Jesus’ ‘invisible presence?’”

Next week, we’ll move to Chapter 9 of “Bible Teach”—“Are We Living in ‘the Last Days’?”

Does God Know the Future?