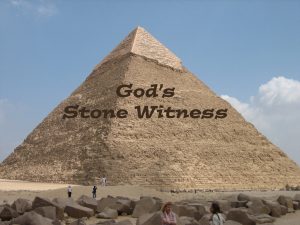 “Pastor” Russell (Charles Taze Russell, 1852-1916), the founder of what eventually became the Watchtower Society, believed that Jesus returned invisibly and spiritually in 1874. This was to be the beginning of a 40-year harvest period which would end in 1914 with God’s complete overthrow of the nations of the world.

True, it is expecting great things to claim, as we do, that within the coming twenty-six years all present governments will be overthrown and dissolved; but we are living in a special and peculiar time, the `Day of Jehovah,’ in which matters culminate quickly; and it is written, `A short work will the Lord make upon the earth.’… In view of the strong Bible evidence concerning the Times of the Gentiles, we consider it an established truth that the final end of the kingdoms of this world, and the full establishment of the Kingdom of God, will be accomplished at the end of A.D. 1914 (emphasis added).

He was convinced that measurements (in inches) of the main passageway of the Great Pyramid of Gizeh confirmed these end-times prophecies. In his 1881 book, Thy Kingdom Come (Studies in the Scriptures, Vol. III (1903 edition), pp. 313-314), he called the pyramid, “God’s stone witness.”

Why should this pyramid be confirmation of anything at all? Russell cited Isaiah 19:19-20 as his proof text: “In that day there shall be an altar to the Lord in the midst of the land of Egypt, and a pillar at the border thereof to the Lord. And it shall be for a sign and a witness unto the Lord of hosts in the land of Egypt.”

He commented: “Viewed from whatever standpoint we please, the Great Pyramid is certainly the most remarkable building in the world; but in the light of an investigation which has been in progress for the past thirty-two years, it acquires new interest to every Christian advanced in the study of God’s Word; for it seems in a remarkable manner to teach, in harmony with all the prophets, an outline for the plan of God, past, present, and future” (emphasis added).

Most Jehovah’s Witnesses today are unaware of these teachings—or have learned a sanitized version of Russell’s error.

However, Russell’s early followers were so convinced of the truth of Russell’s teachings that they erected a man-sized replica of the Great Pyramid on his gravesite. It is there to this day. You can show a photo of it to Jehovah’s Witnesses and ask why it is there. Ask them to explain what the Great Pyramid meant to Russell and his followers and on what biblical basis they considered it so significant.

This will probably require some research on their part, but an honest examination of this aspect of Watchtower history can sometimes be helpful in getting Jehovah’s Witnesses to question the reliability of the Watchtower organization as well as its claims to be God’s channel of communication in the last days. 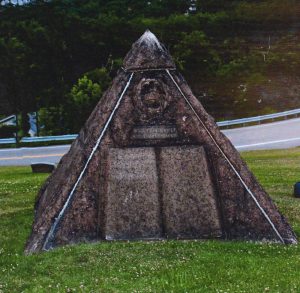 Pyramid on the gravesite of Charles Taze Russell

Have you ever asked a Jehovah’s Witness to explain the Watchtower’s early teachings about the importance of the Great Pyramid? What was their response?

The Great Pyramid: From “God’s Stone Witness” to “Satan’s Bible”

Most JW dont know the fact about this situation and the understanding this person had in regards to the pyramids. Also most JW wont really know who was even Russell as there is no importance giving to the beginnings of how the current JW organization even started. To anyone that really thinks in a logic way can simply assume that this person name Russell was a normal human being that one day decided to open a bible and then started questioning what he was learning by actually reading a bible and noticing the difference of what ever his faith was… Read more »
Reply   -   Share

I have no problem with Russell or anyone else advancing theories. But when they claim to be God’s sole channel of communication, “the faithful and discreet slave,” or the like, a line had been crossed.

IF ANYONE ON EARTH WHO IS A CHRISTIAN AND KNOWS THE BIBLE, THEY WILL KNOW THAT KING SOLOMON WHO WAS INSPIRED THROUGH HOLY SPIRIT TO WRITE THE BOOKS INCLUDED IN THE BIBLE THE BOOKS ECCLESIASTES AND THE SONG OF SOLOMON. AT THAT TIME HE WAS THE RICHEST MAN ALIVE ON EARTH. AS ALL ELEMENTS OF GOLD SILVER AND ALL EARTHLY MATERIALS BELONG TO JEHOVAH GOD IN THE FIRST PLACE! JEHOVAH GOD HAS THE RIGHT AS CREATOR OF ALL THINGS UNIVERSE AND ALL LIFE ON EARTH THAT BREATHS TO USE WHOEVER AND WHATEVER HE WANTS TOO! “THE QUESTION HERE IS!” IF… Read more »
Reply   -   Share