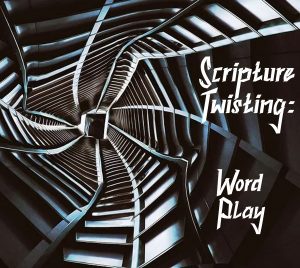 The word play error is defined this way: “A word or phrase from a biblical translation is examined and interpreted as if the revelation had been given in that language…”[1]

In his book, Scripture Twisting, James Sire gives the example of Mary Baker Eddy’s Science and Health with Key to the Scriptures, which takes the word “Adam” and turns it into “a dam”—an error or obstruction.[2] Another example might be her turning the English word “atonement” into a completely different concept—”at-one-ment.”

So far as I have been able to determine, the Watchtower has never made this sort of error, but it has made a similar error of using the English measure “inch” in confirming its prophetic date system. The founder of the Watchtower movement, Charles Taze Russell, didn’t originate pyramidology, but he believed in it wholeheartedly and repeatedly used the measurements of its passageways (in inches) to corroborate his end times speculations.

Viewed from whatever standpoint we please, the Great Pyramid is certainly the most remarkable building in the world; but in the light of an investigation which has been in progress for the past thirty-two years, it acquires new interest to every Christian advanced in the study of God’s Word; for it seems in a remarkable manner to teach, in harmony with all the prophets, an outline for the plan of God, past, present, and future… The Great Pyramid… proves to be a storehouse of important truth—scientific, historic and prophetic—and its testimony is found to be in perfect accord with the Bible, expressing the prominent features of its truths in beautiful and fitting symbols… The perfection of the shape of the Great Pyramid, and its exactness in every respect, prove that its construction was guided by some master architect.

The purpose of this post isn’t to examine pyramidology itself but rather the word play error of the use of “inches” and how it makes the entire teaching meaningless.

That is, even if the Great Pyramid of antiquity did have some prophetic significance, it would have nothing to do with its measurement in inches. Why not? Neither the ancient Egyptians nor the Hebrews used or knew of the “inch” as a measure. “Inch” was defined much later in history—by King David I of Scotland in the 12th century A.D. and then redefined by King Edward II of England in the 14th century.

Here are quotes taken from the book I referenced above (unless other references are stated). Note all the references to “inches.”

Early editions of the book supposedly verified Russell’s teaching regarding the prophetic significance of the year 1874:

After 1914 came and went, Russell revised his date system, and the 1916 edition of the book somehow changed the pyramid measurements to match it!:

The possibility that the anachronistic use of the “inches” measurement produced nonsense doesn’t seem to have occurred to this Watchtower literature author:

Most Jehovah’s Witnesses are completely unaware of this Watchtower’s word play error or even its reliance on pyramidology. When confronted with it, they often find it bizarre but irrelevant because the Watchtower hasn’t taught Russell’s date system for decades.

If that happens, you can quote the Watchtower itself as proof that the error was extremely serious.

In abandoning pyramidology, the November 15, 1928 issue of The Watchtower made the following condemnation (p. 344):

Is it not passing strange that if God intended his church to be taught by the measurements of a pile of stone neither Jesus nor any of the apostles has one word to say about it, but, on the contrary, emphasize the necessity of adhering closely to the Word of truth and unselfishly serving it? If, therefore, God did not intend his church to be taught by, of and concerning the great pyramid of Gizeh, then to teach it in the church is a waste of time, to say the least of it. It is more than a waste of time. It is diverting the mind away from the Word of God and from his service. If the pyramid is not mentioned in the Bible, then following its teachings is being led by vain philosophy and false science and not following after Christ.

The Devil, by the use of the descendants of Ham, set up Egypt, or the land of Ham, as the first great world power. Then Satan put his knowledge in dead stone, which may be called Satan’s Bible, and not God’s stone witness. In erecting the pyramid, of course, Satan would put in it some truth, because that is his method of practicing fraud and deceit.