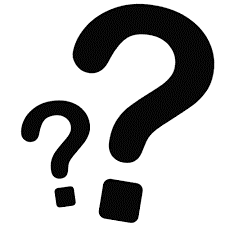 When I recommend Student Role Teaching, you may be asking, “Are you saying I should never tell Jehovah’s Witnesses what I believe and why?”

No, sometimes you have to do that in order to get your point across.

But if you aren’t careful, you will come across as trying to take over their “rightful” role as teachers. You’ll arouse opposition, and the Witnesses may decide to stop meeting with you. That’s bad—you want to get through to them, not to drive them away.

So what can you do?

Follow your statements immediately with questions asking the Witnesses for their input.

There are a number of phrases that I’ve found helpful in doing this.

As an example, let’s say you are discussing the issue of paid clergy and you ask them to read aloud 1 Timothy 5:17-18: “Let the elders who preside in a fine way be considered worthy of double honor, especially those who work hard in speaking and teaching. For the scripture says, “You must not muzzle a bull when it is threshing out the grain,” also, “The worker is worthy of his wages?”

Here’s how you can combine a statement of your thoughts with a non-threatening question.

[Statement] I’m sure that Jehovah’s Witness elders have administrative, teaching, counselling, and disciplinary duties. In addition, I would suppose that they are expected to be good examples in the door-to-door witnessing. If they are not paid for any of this work, they must have secular jobs as well in order to earn a living. This must put a lot of stress on them and on their families. That seems to me to be the reason why the Bible says that the worker is entitled to his wages.

[Question] Given what the Scripture says, please help me understand why the Watchtower doesn’t make a bona fide offer to pay them.”

Here’s an example of how to use this technique when you are discussing a favorite Watchtower proof text regarding its two-class salvation system.

Jehovah’s Witness: The fact that only 144,000 will be born again and reign with Christ from Heaven is shown in Luke 12:32, where Jesus said, “Have no fear, little flock, for your Father has approved of giving you the Kingdom.”

Christian: [Statement] I’m confused. That verse doesn’t mention the term “born again,” nor does it specify a number.

[Question] Help me understand why you believe that the “little flock” must be the same as the 144,000 mentioned in Revelation and that they are the only ones who’ll be born again.

This question allows you to make your points in a non-threatening way. You aren’t asking the Witnesses if they agree with you. You’re only asking if they see why you believe what you do.

For example, one time I was discussing the identity of Jesus with two Jehovah’s Witnesses. I showed them a lot of Scriptures which demonstrate the deity of Christ, and then I followed that up by asking, “Do you see why this leads me to conclude that Jesus—as well as the Father—is Jehovah?”

One of them answered yes!

He told me later that after they left our house his partner upbraided him because of his answer. He said, “I told him, ‘Dave didn’t ask me if I agreed with him. He asked if I could see why he drew that conclusion from those passages, and I do understand.’”

That moment was an important step in that man’s journey out of the Watchtower to Christ.

As another example, here is a way of following statements about the new birth with non-threatening questions.

Jehovah’s Witness: “And I will give them a unified heart, and I will put a new spirit in them; and I will remove the heart of stone from their bodies and give them a heart of flesh, in order that they may walk in my statutes and observe my judgments and obey them. Then they will be my people, and I will be their God.”

Christian: [Questions] None of us can please God if we have a heart of stone, can we? Based on this, do you see why I believe that the need for inner transformation by the Holy Spirit is what Jesus meant by being born again?

[Statements] It seems to me Jesus expected Nicodemus to understand that sinful descendants of Adam need a new spirit and a new heart in order to make us able to live according to Jehovah’s righteous standards. Now, if that’s true, being born again isn’t about designating a limited group of people to go to Heaven in spirit form. It’s an inner transformation we all need in order to experience salvation and eternal life.

[Question] Do you see why I would believe that?

Using this phrase, you can say almost anything because you aren’t teaching them directly.

You are just soliciting their feedback.

Let’s say the Witnesses have told you that in John 3, Jesus was introducing to Nicodemus a totally new concept about 144,000 people going to heaven someday in spirit form rather than living forever in paradise on earth.

Christian: Now, please read aloud John 3:10, because it’s Jesus’ response that leads me to believe the Watchtower’s understanding of the new birth is wrong, and I’d like to get your take on it.

Continuing with the same conversation, you can give them your understanding of the passage as long as you solicit their feedback:

Jehovah’s Witness: John 3:10: “Jesus replied: ‘Are you a teacher of Israel and yet do not know these things?’”

Christian: Do you see my point?

Jehovah’s Witness: No, I don’t.

Christian: Well, if—here in John 3—Jesus was introducing a totally new teaching that some people will go to Heaven in spirit form rather than living in paradise on earth in physical form, why in the world would he be surprised that Nicodemus didn’t already know that? There’s no way Nicodemus could have known that already! Doesn’t that mean that Jesus must have been talking about something else—something an Old Testament scholar should have known and understood?

Christian: [Statement] I believe when Jesus told Nicodemus “you people must be born again,” he was saying that in order to be saved and cleansed from our sins, all human beings need a spiritual rebirth, an inner transformation by the Holy Spirit. That’s the only way any of us can meet Jehovah’s righteous standards. That’s something he would expect an Old Testament scholar like Nicodemus to know and understand. [Question] Would you agree?

Now, of course, the Witnesses aren’t going to agree with you.

Does that mean you’ve failed?

You’ve given them your definition of the new birth along with a supporting argument, but you have done it by Student Role Teaching through the use of a non-threatening question that allows them to continue in their “rightful” role as teacher.

It gets your point across while keeping the dialogue going, which is exactly what you want.

Bravo – this is one of the best articles you have ever done! May all of us pray for JWs to wake up to the realization that the Watchtower is a fraud. May they turn to Christ before facing judgement. Blessings to you David!

Thank you, Betty! I appreciate the encouragement.