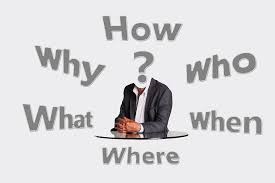 I used to think that having Jehovah’s Witnesses read aloud a passage of Scripture would be enough to get through to them. I’d wait for them to concede the point the Scripture was making. Instead, they would often give me a blank stare.

They read the words, but the words didn’t sink in. They didn’t get the point.

What do you do if that happens?

Ask follow-up questions to bring out the meaning of the passage.

Let me give you an example.

One time a Witness was trying to convince me that Christendom’s paying of its clergy is wrong and that the Watchtower’s practice of not paying their local teachers is required by the Scriptures.

I had him read 1 Corinthians 9:13-14 aloud from his New World Translation: “Do you not know that the men performing sacred duties eat the things of the temple, and that those regularly serving at the altar receive a share from the altar? 14 In this way, too, the Lord commanded for those proclaiming the good news to live by means of the good news.”

Instead, he said, “Paul didn’t take money for his preaching ministry and neither do we!” He cited me verse 15: “But I have not made use of a single one of these provisions. Indeed, I have not written these things so that this would be done for me, for it would be better to die than—no man will take away my grounds for boasting!”

All he saw was the exception in verse 15. He missed the general rule Paul set out in verses 13 and 14.

In order to bring out the meaning, I asked, “What does verse 14 say the Lord commanded?”

He read it out again: “the Lord commanded for those proclaiming the good news to live by means of the good news.”

To follow up, I asked, “Based on the verse you just read, could you explain to me why the Watchtower doesn’t make a good faith offer to pay them?”

He didn’t have a response.

There are relevant passages in other Pauline epistles. Here are the quotations and some of the follow-up questions you might ask.

2 Corinthians 11:7-8: “… did I commit a sin by humbling myself that you might be exalted, because I gladly declared the good news of God to you without cost?  Other congregations I deprived by accepting provisions in order to minister to  you.”

You can ask, “What does Paul mean there when he says that he deprived other congregations by accepting provisions in order to minister to the Corinthians?”

Philippians 4:15-17: “Moreover, as you Philippians know, in the early days of your acquaintance with the gospel, when I set out from Macedonia, not one church  shared with me in the matter of giving and receiving, except you only; for even when I was in Thessalonica, you sent me aid again and again when I was in need. Not that I am looking for a gift, but I am looking for what may be credited to your account.”

You can ask, “How do you interpret this? Did Paul accept financial support from the Philippians or did he refuse it?”

Finally, you can ask them to read aloud 1 Timothy 5:17-18: “Let the elders who preside in a fine way be considered worthy of double honor, especially those who work hard in speaking and teaching. For the scripture says, “You must not muzzle a bull when it is threshing out the grain,” also, “The worker is worthy of his wages?”

Based on that, you can ask a number of questions:

Please notice that I didn’t try to teach the Witnesses anything directly.

Instead, I had them read the Scriptures out loud and then I followed up with questions designed to draw out the meaning.

As Evidence Ministries President  Keith Walker says regarding Student Role Teaching: “It is very important that the person to whom we are witnessing comes to their own conclusions.  If we give them an answer to the questions we are asking, then they can easily discount it because it is our answer and not theirs.  If they never take ownership of the conclusion, they will never be troubled enough to seriously question what they believe.”

There is a saying – If they make a statement out of their mouth it is truth – BUT – if you make the same statement from your mouth it is questionable. Good way to wake up a JW – get them to come to the correct conclusion.