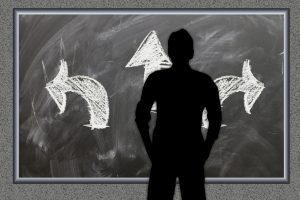 Our examination of Watchtower legalism begins with the observation that the Watchtower organization doesn’t recognize any honorable way for someone to leave the Jehovah’s Witness religion.

This is in stark contrast to the way it views other people leaving their religion in order to become a Jehovah’s Witness.

In an article entitled “The Bible’s Viewpoint: Is It Wrong to Change Your Religion?” (Awake!, 7/9/09, pp. 28-29), the Watchtower organization told the story of a Sikh woman named Avtar who left her family’s religion and became a Jehovah’ Witnesses.

She explained, “In my homeland, changing your religion cuts you off from the community. Even our names have religious meaning. To change your religion is viewed as rejecting your identity and disrespecting your family.”

Although understanding how such a change can lead to serious family conflict, the Watchtower stated: “Since our Creator wants us to search for truth, it cannot be wrong to act on the evidence that we find—even if this means changing our religion.”

It pronounced the decision to choose one’s religion to be a God-given right: “Although the Bible makes a clear distinction between true and false teachings, God allows each person the freedom to choose how he or she will respond. (Deuteronomy 30:19, 20).”

The Watchtower unequivocally stated this principle: “No one should be forced to worship in a way that he finds unacceptable or be made to choose between his beliefs and his family.” (p. 29)

That’s its position when a person decides to leave his or her family’s religion to become a Jehovah’s Witness.

But what if the person decides to leave Jehovah’s Witnesses in order to change to a different religion? That’s a different matter entirely.

In an article entitled “If a Relative Is Disfellowshiped,” (The Watchtower, 9/15/81, pp. 26-31), the Watchtower stated that except for necessary contact (which is very narrowly construed), Jehovah’s Witnesses are commanded to shun the person who left, which means have no contact with them at all. If Witnesses encounter such a person, they walk past them as if they didn’t exist.

Not only that, but Witnesses who choose to leave the religion are also shunned even if they had never been accused of wrongdoing.

Lumping together people who have voluntarily disassociated themselves from the Watchtower religion with people who have been disfellowhiped (excommunicated) for gross wrongdoing, the Watchtower explained how Witnesses must treat even members of their own family who are no longer living in the same household:

Such a person is still related by blood or marriage, and so there may be some limited need to care for necessary family matters. Nonetheless, it is not as if he were living in the same home where contact and conversation could not be avoided. We should keep clearly in mind the Bible’s inspired direction: “Quit mixing in company with anyone called a brother that is a fornicator or a greedy person . . . , not even eating with such a man.”—1 Cor. 5:11. Consequently, Christians related to such a disfellowshipped person living outside the home should strive to avoid needless association, even keeping business dealings to a minimum. (p. 29)

Note that the family member who chose to leave the religion is considered to be in the same category as a fornicator or greedy person with whom one should not even share a meal! In fact, former Governing Body member Ray Franz was disfellowshiped for eating a single meal with a former elder who had voluntarily left the Watchtower religion. This man was Franz’s employer and landlord![1]

What is the goal of treating the former Jehovah’s Witnesses this way? To get them to reconsider their decision and return! In an article entitled “Do You Hate Lawlessness?” (Watchtower, 2/15/11, p. 32), it says this: “By cutting off contact with the disfellowshipped or disassociated one, you are showing that you hate the attitudes and actions that led to that outcome. However, you are also showing that you love the wrongdoer enough to do what is best for him or her. Your loyalty to Jehovah may increase the likelihood that the disciplined one will repent and return to Jehovah.”

My question is, “Whatever happened to the principle the Watchtower proclaimed in 2009?”: “No one should be forced to worship in a way that he finds unacceptable or be made to choose between his beliefs and his family.”

No one except a Jehovah’s Witness, that is…

The Extent of Watchtower Shunning