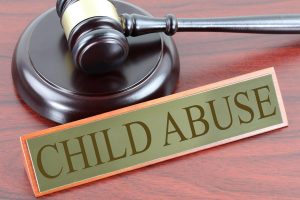 In 2016, a Royal Commission in Australia investigating sexual abuse cases against children stated, “At the time of the public hearing, the Jehovah’s Witness organization in Australia had recorded allegations, reports or complaints made against 1,006 members of the organization. There is no evidence before the Royal Commission that the organization reported any of those allegations to police or any other secular authority.”[1]

The Commission found that “it is not the practice of the Jehovah’s Witness organisation [British/Australian spelling] to report child sexual abuse to authorities unless it is required by law to do so.”[2] Instead, it handles such allegations in house, through judicial committees of congregational elders.

I believe there are three reasons for this practice:

Of course, Watchtower elders are not trained to investigate serious crimes, nor do they have access to forensic evidence such as DNA testing.

The Commission noted that Watchtower rules require at least two eyewitnesses in order to find a Witness guilty of an accusation. Without a second witness to the offense, Jehovah’s Witnesses will assume the accused is innocent.[4]

They also stated, “If there is not enough evidence to prove an allegation of child sexual abuse according to the scriptural standards, the complaint can progress no further within the Jehovah’s Witness organisation’s internal disciplinary system and the matter is left ‘in Jehovah’s hands.’”[5]

During the hearing, Governing Body member Geoffrey Jackson testified that the two-witness rule is based on various scriptures in both the Old and New Testaments. One such example is Deuteronomy 19:15: “A single witness shall not suffice against a person for any crime or for any wrong in connection with any offense that he has committed. Only on the evidence of two witnesses or of three witnesses shall a charge be established.”

Commission Counsel Angus Stewart suggested to Jackson that an inflexible adherence to the rule in sexual assault cases was inappropriate based on Deuteronomy 22:23-27. That portion of the Mosaic law provided that if a man had sex with a betrothed virgin, he was to be put to death for violating another man’s wife. If this happened in a city and the woman failed to cry for help, she was deemed to be complicit and subject to stoning as well. However, if the encounter was a rape which occurred in open country, the woman was deemed innocent because there was no one to hear pleas for help and rescue her.

Stewart pointed out that the man was to be put to death even though there was no second eyewitness to corroborate the woman’s account. Jackson stated that the second witness could be, and in such a case was, circumstances![6]

Of course, that effectively conceded Stewart’s claim that there was no inflexible Bible law requiring two eyewitnesses to a sexual assault.

Later, in written testimony, Jackson backtracked, claiming that the two witness rule overrides the rape provision Stewart had cited because apparently the man’s guilt had already been established by other means, such as by a confession.

Does that even make sense? How likely would it be that a rapist would confess—knowing that he would be put to death—if he could simply deny the allegations and get off scot free because of the two witness rule?

Ex-Jehovah’s Witness Lloyd Evans comments, “Dubious and desperate reasoning aside, history will show that Angus Stewart gifted a Governing Body member with an opportunity to biblically justify scrapping the shameful two witness rule in relation to child abuse. And instead of seizing this gilt-edged opportunity to protect children, for reasons best known to him, Jackson bent over backwards to reject it.”[7]

The Watchtower has spent multiple millions of dollars already due to lawsuits by child victims who weren’t adequately protected. It is currently facing a massive class action lawsuit in Canada over this issue.[8]

Because of the control the Watchtower exercises over its members, most Jehovah’s Witnesses are completely unaware of these developments. If they did know, most likely they would consider it lies and persecution by the world system.

This post will draw to a close this brief series on problems with the Watchtower’s judicial system. I’m sure those of you who used to be Jehovah’s Witnesses can cite other such problems that I haven’t covered. Feel free to post them or email them to me.

The next series will cover the broader topic of the culture of legalism that characterizes the Watchtower religion.