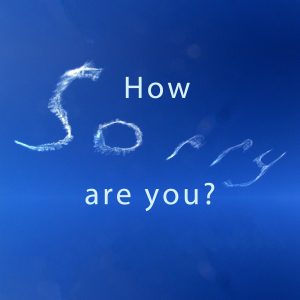 Not only do Watchtower elders determine whether Jehovah’s Witnesses in their congregation have committed wrongdoing justifying disfellowshipping, but they are also called on to determine whether Witnesses have shown sincere and sufficient repentance.

The issue of sufficiency of repentance comes up in the context of deciding whether a Witness wrongdoer should be disfellowshipped or receive a lesser penalty.

It also arises when the elders are deciding whether to reinstate a Witness who was previously disfellowshipped.

Keep in mind the context—the immense consequences disfellowshipping has for a Jehovah’s Witness, leading not only to total shunning by his friends and family but also supposedly putting him outside God’s fellowship and protection as well.

According to the elders’ manual, in order to avoid being disfellowshipped, a Jehovah’s Witness who commits a serious sin must show the elders “‘fruits that befit repentance’ making evident to an adequate degree” the sincerity of his “claimed repentance.”[1]

The elders are instructed as follows: “The judicial committee should look for clear works of repentance commensurate with his wrongdoing. (2 Cor. 7:10, 11) The committee must be convinced that the wrongdoer has a changed heart condition, that he has a zeal to right the wrong, and that he is absolutely determined to avoid it in the future. Even if this is the individual’s ﬁrst time before a judicial committee, he must give evidence of genuine repentance if he is to remain in the congregation.”[2]

The scripture cited, 2 Corinthians 7:10-11, does speak of godly grief leading to repentance, but it says nothing about a wrongdoer having to prove the sincerity of his repentance through works in order to avoid being disfellowshipped.

The elders’ manual codifies a detailed list of additional factors the elders must consider—specifically, whether:

With regard to being reinstated after having been disfellowshipped, a 1952 Watchtower article stated, “Can a disfellowshiped person be reinstated, get back into the organization? Yes, he can if he repents. But he has to go farther than that… He has to prove that he is willing to take an altogether different course of life than that which he had taken. He should make an open confession of his sins and ask forgiveness of the committee that drew up the resolution to disfellowship him. He should go to the persons concerned, admit his wrong, and point out to them what he is doing and what he is going to do in order to be reinstated.”[14]

What else needs to happen? The elders “may put him on probation if they want to. He will have to prove to the servants that he is going to behave himself in the future and act properly as a servant of Jehovah. They can test his sincerity. They should not reinstate him too quickly, even after he does repent and tells them what he is going to do, and makes an open confession. Why not? Because of public opinion.”[15]

A 1981 issue of the Watchtower cautioned, “The elders ought not to be hasty in concluding that repentance exists. Why? …if they had misjudged the matter and turned back to the congregation a wrongdoer who was not truly repentant, they would be endangering the moral and spiritual purity of all in the flock.—1 Cor. 5:6.”[16]

Sadness because of personal failure or shame at being exposed isn’t enough. “…such ‘sadness of the world’ does not mean that he is sad over having sinned against God or having brought reproach on God and His people, which are indications of ‘godly sadness.’”[17]

Tears and emotion are insufficient: “Persons differ in their emotional makeup and control. So whether there are tears or not, the important thing is that the wrongdoer is touched at heart, having a spirit of agony or sense of deep regret over having offended Jehovah and damaged his relationship with God.”[18]

How does the Watchtower square this caution with the grace shown by the father in Jesus’ prodigal son parable? In Jesus’ Luke 15 story, when the prodigal son returned home after living a debauched life, his father ran to embrace him. The son hoped he would be allowed to be treated like one of his father’s hired servants, but the father graciously immediately restored him to the family and threw a lavish party to celebrate.

The Watchtower sees no conflict with its policies: “The father, seeing the lad’s pitiful condition, responded with natural parental concern. We can note, though, that the son did not bring home harlots or come with a disposition to continue his sinful life in his father’s home. No, he expressed heartfelt repentance and evidently was determined to return to living a clean life.”[19]

Having served as a trial judge for 12 years, I have experienced firsthand the heavy burden of sitting in judgment on people and of determining sentences for every classification of crime. I was always acutely aware of my own fallibility in making such determinations.

If we discuss these matters with Jehovah’s Witnesses, we need to have compassion for them and respectfully lead them to question whether God really intended to establish a law code for Christians and to give to fallible human beings the immense power to determine matters of eternal consequence which the Watchtower says he has delegated to its congregational elders.

( Image by Tayeb MEZAHDIA from Pixabay)

The Shifting Roles of Elders