The Extent of Watchtower Shunning 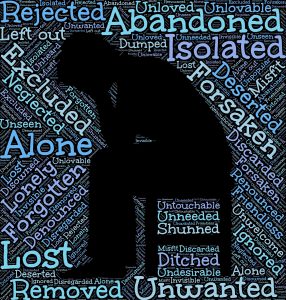 Last time, I documented the Watchtower’s position that Jehovah’s Witnesses must not have any unnecessary contact with friends or family members who voluntarily left the Jehovah’s Witness religion.

I noted that they treat the same as they treat a former Jehovah’s Witness who has been disfellowshipped (excommunicated) for gross sin.

How far do they take this?

What about family weddings?

If a disfellowshiped relative comes to the Kingdom Hall for the wedding, obviously he could not be in the bridal party there or “give away” the bride. What, though, if there is a wedding feast or reception? This can be a happy social occasion, as it was in Cana when Jesus attended. (John 2:1, 2) But will the disfellowshiped relative be allowed to come or even be invited? If he was going to attend, many Christians, relatives or not, might conclude that they should not be there, to eat and associate with him, in view of Paul’s directions at 1 Corinthians 5:11.

Thus, sometimes Christians may not feel able to have a disfellowshiped or disassociated relative present for a gathering that normally would include family members. Still, the Christians can enjoy the association of the loyal members of the congregation, having in mind Jesus’ words: “Whoever does the will of God, this one is my brother and sister and mother.”—Mark 3:35. (p. 29, emphasis added)

Who is to blame for all of this? Why the person who left, of course! “The fact is that when a Christian gives himself over to sin and has to be disfellowshiped, he forfeits much: his approved standing with God; membership in the happy congregation of Christians; sweet fellowship with the brothers, including much of the association he had with Christian relatives. (1 Pet. 2:17) The pain he has caused may even survive him.” (p. 31)

I have corresponded with former Jehovah’s Witnesses who voluntarily left the religion who have not been informed about the births, weddings, hospitalizations, or even the deaths of loved ones.

What about the ex-Jehovah’s Witness’ own funeral? Does the shunning end at death? No.

The Watchtower has stated: “Should he die while disfellowshiped, arrangements for his funeral may be a problem. His Christian relatives may like to have had a talk at the Kingdom Hall, if that is the local custom. But that would not be fitting for a person expelled from the congregation. If he had been giving evidence of repentance and wanting God’s forgiveness, such as by ceasing to practice sin and by attending Christian meetings, some brother’s conscience might allow him to give a Bible talk at the funeral home or grave site. Such Biblical comments about the condition of the dead provide a witness to unbelievers or comfort to the relatives. However, if the disfellowshiped person had still been advocating false teachings or ungodly conduct, even such a talk would not be appropriate.—2 John 9-11.” (p. 31)

What does 2 John 9-11 actually say? “Everyone who goes on ahead and does not abide in the teaching of Christ, does not have God. Whoever abides in the teaching has both the Father and the Son. If anyone comes to you and does not bring this teaching, do not receive him into your house or give him any greeting, for whoever greets him takes part in his wicked works.”

Two things are to be noted here. First, according to the Watchtower, anyone who stops being a Jehovah’s Witness is not abiding in the teaching of Christ and does not have God. Second, not welcoming such a person into your home or extending a greeting extends to not giving a Bible talk at his funeral or grave site!

How is this treatment consistent with any of these three Watchtower statements I quoted last time (“The Bible’s Viewpoint: Is It Wrong to Change Your Religion?”, Awake!, 7/9/09, pp. 28-29)?: