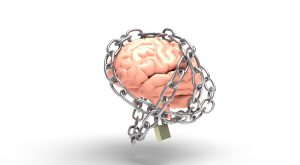 Jehovah’s Witnesses can be disfellowshipped and shunned as apostates for believing differently than what the Watchtower teaches as truth.

The Watchtower states that “apostates are ‘mentally diseased,’ and they seek to infect others with their disloyal teachings… Jehovah, the Great Physician, tells us to avoid all contact with them.”[1] It compares them to “a dog that returns to his own vomit.”[2]

The Watchtower says, “Any with sincere doubts regarding the Bible truth taught by Jehovah’s Witnesses should be helped. Loving assistance should be provided… If one is obstinately speaking about or deliberately spreading false teachings, this may be or may lead to apostasy. If there is no response after a first and a second admonition, a judicial committee should be formed.”[3]

The elders’ manual cites as disfellowshipping offenses such things as “celebrating false religious holidays,”[4] “participation in interfaith activities,”[5] and “deliberate action disrupting the unity of the congregation or undermining the confidence of the brothers in Jehovah’s arrangement.”[6]

Jehovah’s Witnesses are not allowed to read literature that leads them to seriously question or doubt the Watchtower teachings:

Now, what will you do if you are confronted with apostate teaching—subtle reasonings—claiming that what you believe as one of Jehovah’s Witnesses is not the truth? For example, what will you do if you receive a letter or some literature, open it, and see right away that it is from an apostate? Will curiosity cause you to read it, just to see what he has to say? You may even reason: ‘It won’t affect me; I’m too strong in the truth. And, besides, if we have the truth, we have nothing to fear. The truth will stand the test.’ In thinking this way, some have fed their minds upon apostate reasoning and have fallen prey to serious questioning and doubt.[7]

Thinking contrary to the Watchtower is deadly: “Like gangrene, apostate reasoning is nothing but quick-spreading spiritual death. And since the members of the congregation are like one body, there is a danger that others may be infected… Keep in good spiritual health by avoiding the contamination of apostate thinking.”[8]

Former Governing Body member Ray Franz tells of an “inquisition”[9] the Governing Body conducted in 1980 which lead to the disfellowshipping of many Jehovah’s Witnesses serving at Watchtower headquarters in New York. (Franz himself was later disfellowshipped for eating a meal with a man who had voluntarily disassociated from the Witnesses.)

He relates that the accusations of apostasy dealt with these ideas which contradict Watchtower teachings:

Franz comments, “Not a single Society teaching there dealt with could be supported by any plain direct statement of Scripture. Every single one would require intricate explanations, complex combinations of texts and, in some cases, what amounts to mental gymnastics, in an attempt to support them. Yet these were used to judge people’s Christianity, set forth as the basis for deciding whether persons who had poured out their lives in God’s service were apostates!”[10]

Later that year, the following directive was sent from Watchtower headquarters to all district and circuit overseers worldwide:

Keep in mind that, to be disfellowshiped, an apostate does not have to be a promoter of apostate views… if a baptized Christian abandons the teachings of Jehovah, as presented by the faithful and discreet slave, and persists in believing other doctrine despite Scriptural reproof, then he is apostatizing. Extended, kindly efforts should be put forth to readjust his thinking. However, if, after such extended efforts have been put forth to readjust his thinking, he continues to believe the apostate ideas  and rejects what he has been provided through the ‘slave class’, then appropriate judicial action should be taken.[11]

This letter presents an official policy. It actually says that a person’s believing—not promoting, but simply believing—something that differs from the teachings of the organization is grounds for taking judicial action against him as an ‘apostate’!

The letter makes no qualifying statements limiting such differences of belief to fundamental teachings of God’s Word, such as the coming of God’s Son as a man, the ransom, faith in Christ’s shed blood as the basis for salvation, the resurrection, or similar basic Bible doctrines. It does not even say that the person necessarily disagrees with the Bible, the Word of God. Rather, he disagrees with ‘the teachings of Jehovah, as presented by the faithful and discreet slave.’ Which is something like saying that a man’s accepting and obeying a King’s written message is no guarantee that he is loyal; it is his accepting and obeying what a slave messenger claims the ruler meant that decides this![12]

This is the degree of loyalty the Watchtower demands and the type of thought control they try to exert over every Jehovah’s Witness.

Imagine the atmosphere of fear this creates for Jehovah’s Witnesses who have sincere doubts or questions about something the Watchtower teaches. In whom can they confide? To whom can they turn for help? Certainly not the elders! They are the congregation’s investigators and judges.

Of course, as a non-Witness, you are free to question Watchtower doctrines when talking with Witnesses. But always be aware of the pressures they are under to conform to Watchtower teachings in every regard. Don’t push them too hard to express agreement with you if you want to continue dialoguing with them.

It is possible to get through to many Jehovah’s Witnesses, but it requires a great deal of patience, tact, and empathy, and you frequently can’t tell if you are having an impact. Of course, God knows, so keep praying for them.

6 Comments on "The Watchtower’s Thoughtcrime of Apostasy"

The WT accusing anyone of spreading ‘false teaching’ borders on HILARIOUS!

Thankfully, I’m too much of an independent thinker to get involved with that fluff. I wouldn’t last long.

So, if I read correctly, for the sake of making the pint, I could be a JW who finds something in the Bible , like the literal bodily resurrection of Christ , and I could point it out in the Bible, even the NWT . Even with absolute Biblical proof of the doctrine of Christ’s PHYSICAL resurrection, I would be DF’d just because what I believed contradicted the WT ? That doesn’t make the first bit of sense. Their booklet, “What does the Bible REALLY Teach?” doesn’t teach what IS REALLY in the BIBLE. How sad is that?! ‍♀️
Reply   -   Share

Thanks David ! How sad! it’s utterly messed up. The BIBLE can say out and out THIS or THAT is what the Bible teaches but if that doctrine contradicts the WT, no matter how BIBLICAL it is, it’s considered apostasy? MESSED UP! I’m going to broach the issue of John 5:23 with a jw friend and find out how that works. The lady has been poking holes in the Deity of Christ, so I’m going to try to plant a seed. Thanks for the warning.
Reply   -   Share

Please let me know how it goes.

Will do. Though, in fairness, I think I could have taken a more ….tactful approach.

OY!!!!! I went to my mailbox to check and it didn’t take. I have to write the whole thing all over again.