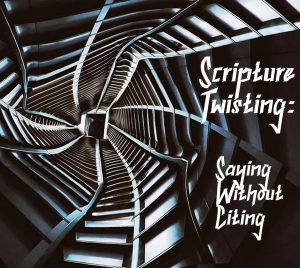 “Saying but not citing” is an error in which “a writer says that the Bible says such and such but does not cite the specific text (which often indicates that there may be no such text at all).”[1]

The Watchtower commits this error frequently. This allows them to imply that they are just teaching what the Bible teaches, when in fact the Bible provides little or no support for their teaching.

1968 “Just think, brothers, there are only about ninety months left before 6,000 years of man’s existence on earth is completed… The majority of people living today will probably be alive when Armageddon breaks out, and there are no resurrection hopes for those who are destroyed then. So, now more than ever, it is vital not to ignore that spirit of wanting to do more.” (Kingdom Ministry, March 1968, p. 4)

“Jesus declared in prayer to his Father: ‘I have made your name known . . . and will make it known.’ (John 17:26) Jesus would undoubtedly have pronounced God’s name on numerous occasions when he read, quoted, or explained portions of the Hebrew Scriptures containing that important name. Jesus would thus have used God’s name just as freely as all the prophets did before him. If any Jews were already avoiding the use of God’s name during the time of Jesus’ ministry, Jesus would certainly not have followed their tradition. He strongly criticized the religious leaders when he said to them: “You have made the word of God invalid because of your tradition.”—Matthew 15:6.” (Watchtower, 7/1/2010, p.5)

“… Jesus taught that ‘all those in the memorial tombs’ will come back to life. (John 5:28, 29) Undoubtedly, these will include many millions who were never baptized. Upon being resurrected, they will have the opportunity to learn God’s requirements and live forever in Paradise on earth.—Psalm 37:29.” (Watchtower, 10/1/2011, p. 11)

“Five days before his death, Jesus prayed: ‘Now my soul is troubled, and what shall I say? Father, save me out of this hour. Nevertheless, this is why I have come to this hour.’ After expressing these natural human feelings, Jesus unselfishly switched his focus to the matter of greater importance and prayed: ‘Father, glorify your name.’ Jehovah immediately responded: ‘I both glorified it and will glorify it again.’ (John 12:27, 28) Yes, Jesus was willing to go through the greatest test of integrity any human has ever had to face. But hearing those words of his heavenly Father undoubtedly gave Jesus strong confidence that he would succeed in magnifying and vindicating Jehovah’s sovereignty. And succeed he did!” (Watchtower, 8/15/2010, p. 11)

The Watchtower repeats its doctrines over and over at meetings and in its literature. For this reason, Jehovah’s Witnesses believe that the Bible teaches those doctrines even when it says no such thing.

When you hear or read a Watchtower statement, always ask yourself:

If not, ask those questions of the Witnesses.

Tell them you don’t understand and would like them to explain.

You are free openly to question what the Watchtower teaches; they aren’t.

If you don’t ask such questions, they won’t—at least not publicly and most likely not even privately, because they trust the Watchtower implicitly.