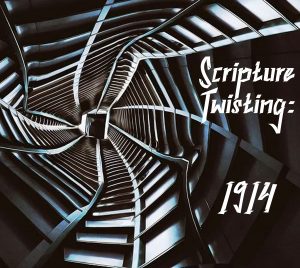 The prophetic speculation errors of the Watchtower are enough to fill a book—maybe several books.

I am going to highlight just some of the things it has said over the years about the significance of the year 1914.  Note how—instead of giving up making predictions and assertions—the Watchtower simply changes its teachings and keeps on making prophetic claims.

Covering up the errors through euphemisms

If you try to show Jehovah’s Witnesses this evidence without justifying the investigation, they will probably conclude that you are persecuting them and break off contact.

The best way I know to justify the investigation in their eyes is to show them that the Watchtower has encouraged you to do it.

In the April 1, 1972 Watchtower there was an article entitled, “They Shall Know that a Prophet Was Among Them.” It identifies this “prophet” as Jehovah’s Witnesses and makes the following statement (p. 197):

Of course, it is easy to say that this group acts as a ‘prophet’ of God. It is another thing to prove it. The only way that this can be done is to review the record. What does it show?

Here, the Watchtower specifically claims to be God’s prophet and says that the only way to check out this claim is to review its record. All you are doing is accepting its invitation.

Don’t just summarize what the Watchtower has said. Don’t just read the quotes aloud. Instead, show Jehovah’s Witnesses this error is to show them the evidence out of Watchtower literature.

David Reed’s website, answerjw.com, is a helpful resource. Don’t ask a Witness to go to that site. Instead, go there yourself and print out the Watchtower publications.

It’s always a challenge to know how much evidence to present to a Witnesses. One item wouldn’t be enough, but showing them too much would be counterproductive overkill.

The best way I know to find the right amount is to present things one at a time and follow up after each by saying, “There’s more I can show you. Do you want to see it?”

A great resource website I came across was https://avoidjw.org/magazines/ which includes PDFs of almost every JW publication since about 1880.
The benefit of this is you can find the exact article quoted in books and websites to actually print of email to show a JW when witnessing to them.
I’ve used PDFs from this website in a Powerpoint presentation I did at my church when education the congregation on the errors of the JWs. Very helpful.
Rob