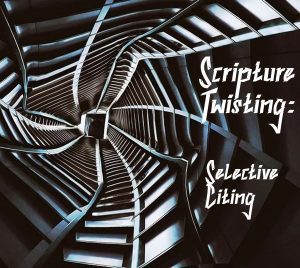 The Watchtower uses a relative handful of scriptures as proof texts for its teaching that when you’re dead you’re dead—that is, that there’s no part of human beings (soul or spirit) that survives physical death:

For them, this is the end of the discussion. Any other scriptures have to conform to the teaching that these verses appear to support. This error is called “selective citing”.

“Selective citing” means “to substantiate a given argument, only a limited number of texts is quoted; the total teaching of Scripture on that subject would lead to a conclusion different from that of the writer.”[1]

I don’t object to those passages being considered in formulating our doctrine about what happens after death; if Jehovah’s Witnesses want to cite additional scriptures, those should be factored in as well.

But we should reserve judgment until we have also considered the following passages:

My purpose in this post is not to prove that my doctrine is right and the Watchtower’s is wrong (even though I’m convinced that’s the case).

My point is that in formulating our doctrine, we should gather all the Bible passages that relate to the topic under consideration—including the ones the Watchtower cites—passages that are hard for us to explain or that don’t match what we have been taught or what we prefer to believe.

If there are too many passages on the subject to allow for an exhaustive study, we should at least make sure that we have a representative sample of them, including the “best” (more persuasive) ones.

A well-written systematic theology book, for example, takes a position with regard to the topics it discusses, but it also explains contrary views and gives a fair explanation of the reasoning behind them.

If you get into an extended discussion of a topic with Jehovah’s Witnesses, see if you can get them to follow the procedure of working together to compile a list of all the relevant scriptures (or at least a representative sample) and then considering them all before coming to a conclusion.

I realize it will be very hard to get Witnesses to do this because their mission is to witness to you about “the truth” as taught by the Watchtower.

Even if they don’t agree, you can use your suggestion as a way of making the point that selective citing isn’t the way for any of us to arrive at Bible truth.

2 Comments on "The Watchtower Cites Selectively"

I’ve found Charles Ryrie’s Basic [Systematic] Theology book to very good. It’s easier to read for the average layman than some of the other systematic theology books I have.

Thanks! I like feedback, and I’m sure there will be readers of the blog who will also appreciate the recommendation.