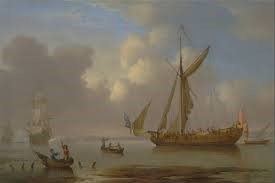 In last week’s post, I recommended that you get Jehovah’s Witnesses out of their prepared Watchtower presentations by approaching Bible topics in ways they won’t expect.

One way to do that is to take the wind out of their sails by bringing up some of their standard arguments before they do and agreeing with the amount of truth that’s contained in them.

Then move past that to share your main points with them.

Let me give an example from my book, Getting Through to Jehovah’s Witnesses: Approaching Bible Discussions in Unexpected Ways.

In talking with Jehovah’s Witnesses about who Jesus is, it’s important to present a balanced Christology.

Acknowledging the humanity of Jesus and his positional subordination to the Father is not a denial of the doctrine of the Trinity. It’s an integral part of that doctrine. Jehovah’s Witnesses often do not understand that we believe Jesus is both fully God and fully man.

In their efforts to disprove the deity of Christ, Jehovah’s Witnesses are prepared to show you many Bible passages that stress Jesus’ human limitations.

I recommend that you take the wind out of their sails and preempt many of these arguments by telling them at the outset of your discussions, “I believe in a fully human Jesus.”

Then you can cite the following scriptural examples relatively quickly. You won’t need to dwell on them because Jehovah’s Witnesses have no problem with them. In fact, many are verses they normally bring up themselves:

When you move on to show the Witnesses passages which show Jesus’ deity, their automatic response from their standard Watchtower presentations will be to cite you many of these same “human limitation” verses.

But that will fall flat because you will have taken the wind out of their sails.

You can point out that you cited these same verses to them first and that you agree that Jesus is fully human.

But that doesn’t contradict what the Bible says about his deity, and you can focus your attention there.

That will give you a clear path to share with them the arguments in favor of Jesus’ deity contained in Chapter 13 of my book—“The Jesus is the God-Man Approach.”

The Nature of God, Witnessing Tips

1 Comment on "Take the Wind Out of Their Sails"

I’m sure I’ve mentioned these verses before, but when dealing with JW’s and Who Jesus is, in FULL, I guess I’d let them do these spiel, but then I’d bring up verses like John 5:23, // 14:1 because in both those verses, Jesus makes claims about Himself that would be BLASPHEMOUS to do, if He were only a GOOD man or even an angel. The JW bible renders John 14:1 ‘exercise faith in. “You exercise faith in God. Exercise faith also in Me.” Jesus is saying that He is entitled to EQUAL faith being placed in Him. John 5:23 is… Read more »
Reply   -   Share