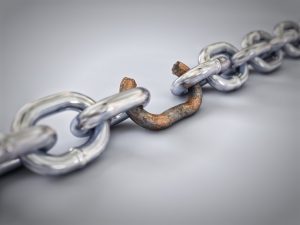 The February, 2017 Watchtower article entitled, “Who Is Leading God’s People Today?” contains the following statements regarding the Jehovah’s Witness organization: “The Governing Body is neither inspired nor perfect. Therefore, it can make mistakes when explaining the Bible or directing the organization.”

Sounds pretty humble, doesn’t it? And that’s the way the vast majority of Jehovah’s Witnesses who read those words will interpret them.

But let’s dig a little deeper. Here are some questions to ask Jehovah’s Witnesses.

Why do Jehovah’s Witnesses feel the need to rely not only on the Bible but also on imperfect, uninspired men?

Here is what the Watchtower itself said on May 1, 1989 (p. 27): “To say that the Bible is incomplete and that we need to rely also on the unstable thinking of imperfect, uninspired men is to deny the power of God.”

Do any other religious organizations understand God’s Word?

The July 1, 1973 Watchtower says this: “Consider, too, the fact that Jehovah’s organization alone, in all the earth, is directed God’s holy spirit or active force. Only this organization functions for Jehovah’s purpose and to his praise. To it alone God’s Sacred Word, the Bible, is not a sealed book… How very much true Christians appreciate associating with the only organization on earth that understands ‘the deep things of God.’”

Given that the Governing Body is neither inspired nor perfect and that it can make mistakes in explaining the Bible, are you allowed to question its teachings?

The February 1, 1952 Watchtower says, “We should meekly go along with the Lord’s theocratic organization and wait for further clarification, rather than balk at the first mention of a thought unpalatable to us and proceed to quibble and mouth our criticisms and opinions as though they were worth more than the slave’s [Governing Body’s] provision of spiritual food. Theocratic ones will appreciate the Lord’s visible organization and not be so foolish as to pit against Jehovah’s channel their own human reasoning and sentiment and personal feelings.”

So the Governing Body can make errors of doctrine but if you actually question anything they teach, you are foolishly pitting against Jehovah’s channel your own human reasoning and sentiment and personal feelings. Apparently, some Jehovah’s Witnesses have to be more humble than others.

Given that the Governing Body is neither inspired nor perfect and that it makes mistakes in explaining the Bible, don’t you have a responsibility to study the Bible and make up your own mind about what God is saying?

The January 15, 1983 Watchtower answers that question in the strongest terms: “… today Jehovah is using only one organization. Yet there are some who point out that the organization has had to make adjustments before, and so they argue: ‘This shows that we have to make up our own mind as to what to believe.’ This is independent thinking. Why is it so dangerous? Such thinking is evidence of pride… If we get to thinking that we know better than the organization, we should ask ourselves: ‘Where did we learn Bible truth in the first place? Would we know the way of the truth if it had not been for guidance from the organization?’ No, we cannot!”

Given that the Governing Body is neither inspired nor perfect, why do you have to obey them unquestioningly as if they were?

Have you asked Jehovah’s Witnesses to explain why they must believe and obey fallible men without question? How did they respond?

Does Jesus Lead the Watchtower?