Does Jesus Lead the Watchtower? 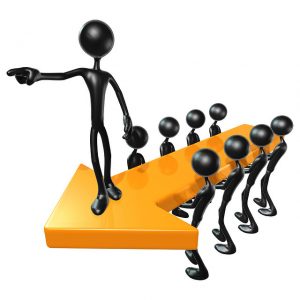 In the February, 2017 article, “Who is Leading God’s People Today?” the Watchtower points out that after his ascension to heaven, Jesus worked through the apostles he had chosen and empowered them “by holy spirit.”

From this, it concludes that he works through the Governing Body of Jehovah’s Witnesses in the same way today. Of course, this doesn’t follow at all. Any group can claim to be “God’s organization” and to be “guided by holy spirit.”

Let’s look at 3 claims the Watchtower makes in support of its assertion.

Claim #1: Angels are involved in the Watchtower’s preaching work.

The article states that “angels assisted the governing body,” citing the angelic appearance to Cornelius in the book of Acts. If Jehovah’s Witnesses make this point to you, ask them, “Do you believe angels show up at meetings of the Governing Body of Jehovah’s Witnesses and tell them what to say and do?” Most likely they will tell you no. At best, they will have to say, “I don’t know.”

The article claims that the fact that the Governing Body oversees over eight million people who are preaching and that angels are involved. How do we know that? In many cases, they have called on people who have been praying for help. Ask the Witnesses, “Don’t you think evangelicals, Mormons, Muslims, and many other groups encounter and proselytize people who have been praying for help? Does that prove that angels are helping them too?

Claim #2: The Watchtower’s founder realized the importance of 1914.

The article then jumps from the days of the apostles to the late 19th century, when Charles Taze Russell founded the Watchtower. Ask Jehovah’s Witnesses, “Did Jesus lead his people between the end of the first century and the end of the 19th? Who was the Governing Body then? Which organization was his organization?” They have no good answer for such questions.

The article asserts that Russell “discerned that Christ would return invisibly and that ‘the appointed times of the nations’ would end in 1914.” Point out to Witnesses that Russell actually taught that Jesus returned invisibly in 1874 and that 1914 would be the end of the great tribulation and usher in the complete end of the rule of the nations of the world. When World War I broke out, he thought that was what was happening.

It quickly became evident that he was wrong. Apparently, neither the Holy Spirit nor Jehovah’s faithful angels were giving him his information.

The article then claims that in 1919 Jesus appointed a small group of Jehovah’s Witnesses as “the faithful and discreet slave to give his domestics food at the proper time.”

Ask Jehovah’s Witnesses to prove that any such thing happened. For example, where do we find the date 1919 in the Bible? How do they know that such a thing took place, apart from the Watchtower’s unsupported assertion that it did?

Have Jehovah’s Witnesses presented you these claims made by the Watchtower organization? Did you challenge them? If so, how did they respond?

What Do Watchtower “Clarifications” and “Adjustments” Show?

5 Comments on "Does Jesus Lead the Watchtower?"

Interestingly, in the NWT in 1 Corinthians 11:26, the verse says: “For whenever you eat this loaf and drink this cup, you keep proclaiming the death of the Lord, until he comes.”
Regarding Claim #2, I always ask a Witness, why do they celebrate their Memorial Meal every year, if Jesus arrived secretly in 1914?
Hasn’t he already come?

I’ve never gotten a JW to reply to that question. Have you heard any WT answers it?

According to the WT, Jesus’ return in 1914 was invisible. Only “eyes of understanding” (i.e. Pastor Russell and his followers) were aware of it. Hard to disprove an invisible happening…

Yes,
I’ve had only one Witness claim that the reason they still celebrate this meal is because there are still approx. 8,500 members of the anointed class still alive. Once they go, then Armageddon will be here. Very weak and still doesn’t answer the question about Jesus’ return in 1914 and the continuation of the meal, which goes against Scripture.