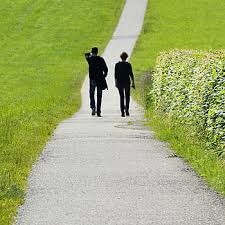 In dealing with Jehovah’s Witnesses, there are three areas in which you will eventually have to let go:

Let’s talk about each of these.

In an earlier post, I talked about the importance of preventing Jehovah’s Witnesses from hopscotching from one part of the Bible to another.

That said, there comes a time when you need to let go and move on to other passages.

Sometimes your discussion will have involved just one or two verses.

For example, one of my favorite passages for discussing faith and works with Jehovah’s Witnesses is Romans 4:4-5: “Now to the one who works, his wages are not counted as a gift but as his due. And to the one who does not work but believes in him who justifies the ungodly, his faith is counted as righteousness.”

Because the Watchtower believes salvation is dependent on faith plus works, these verses are particularly hard for Jehovah’s Witnesses to understand.

The first time I confronted Witnesses with this passage, they gave a lame explanation. I was all set to claim victory, but they sat with poker faces as if they had no idea what point I had been trying to make.

I learned that getting through to Jehovah’s Witnesses isn’t like winning a foot race. Instead, it’s more like planting and watering seeds (1 Corinthians 3:6). It takes time. Sometimes another Christian will be the one to reap the harvest (Romans 1:13).

If you have made your point as effectively as you can with a given passage, don’t beat a dead horse.

Allow the Witnesses’ failure to explain the passage to become evident and then graciously move on.

Pray that God will allow that scripture to germinate in their hearts.

Sometimes a much longer passage will have been involved.

For example, you may invest a long time with Witnesses working through 1 Corinthians 15:35-43 as part of your discussion of the nature of the resurrection.

It can be especially hard for you to move on, given all the time you have spent on the passage, but if you find that you are repeating yourself, it’s time to allow the Witnesses to move the conversation along to other verses.

When Witnesses have trouble defending the Watchtower position, they often try to switch the subject entirely.

For example, when you are discussing the deity of Jesus, they may try to switch to conversation to the Holy Spirit or even to the nature of his resurrection body or even to your church’s views on Hell.

In an earlier post, I stressed the importance of keeping your discussions on topic and offered advice on how to do so.

That said, when you have said all you have to say on a particular subject, it’s time to move on to something else.

Don’t go back and repeat your points in the hopes that they will “get it” the second time around.

Think about how you would be feeling if your situations were reversed.

When I described the Student Role Teaching method of witnessing, I stressed the importance of asking questions in a non-threatening way.

You never know what topic might get through to any particular Jehovah’s Witnesses.

Something that makes no impact at all on one may be the issue that provides a significant breakthrough with another.

That’s why I advised you to be sensitive to their moods and to back off if necessary in order to keep the dialogue going.

But there will come a time when your series of meetings must end.

Let them be the ones to make that decision.

When that moment arrives, don’t try to talk them out of it.

Remember that even though Jesus loved the rich young ruler, he let him walk away (Matthew 19:16-22).

End on a positive note of Christian love by thanking them for all the time they have spent with you, and let them know that your door is always open to them.

In the end it is all up to God whether a JW wakes up!