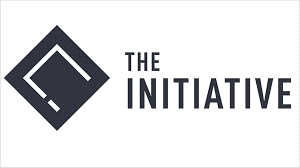 By far, the most usual situation in which Christians encounter Jehovah’s Witnesses is the familiar one where they come to our homes as part of their door-to-door witnessing.

In other words, they are the ones taking the initiative.

Unfortunately, most Christians hide behind the curtains—pretending they aren’t home—or turn them away immediately by saying, “No, thank you. I have my own religion.”

If you have invited them in and made efforts to get through to them with the real gospel, I applaud you.

That said, in the next several posts I want to expand your horizons to suggest ways in which you can take the initiative in connecting with Jehovah’s Witnesses.

Here are some of the opportunities I’ll be discussing:

Usually, they don’t try to engage passersby in dialogue.

It’s up to you to take the initiative to talk with them.

Perhaps you know that a friend, a neighbor, or a co-worker is an active Jehovah’s Witness.

In those situations, you don’t have to wait for them to come to your door.

You can take the first step to initiate Bible discussions with them.

If you are a parent, your children may have friends who are being raised as Jehovah’s Witnesses.

If you are a school teacher or aide, the odds are that at some point you will have one or more children of Jehovah’s Witness parents in your classroom.

Of course, dealing with minors involves special challenges, but it also presents a number of opportunities.

Most meetings at Kingdom Halls of Jehovah’s Witnesses are open to the public.

Attending such meetings involves indoctrination risks and isn’t for everyone, but for Christians who prepare themselves and establish safeguards, it’s a good way to learn about the Watchtower religion firsthand and to initiate contact with Jehovah’s Witnesses.

Not everyone with a Watchtower background stays active in the ministry.

Many get disillusioned or worn out and cut back on attending meetings and taking part in the door-to-door witnessing.

These inactive ones won’t be coming to your door, but that doesn’t mean they have left the Watchtower religion completely or that they have become Christians.

They need people like you and me to reach out to them.

Many years ago, I studied with Jehovah’s Witnesses.

I tried to get Christians to help me work through the doctrinal issues, but most of them had no idea what to say or do.

If you have read my book, Getting Through to Jehovah’s Witnesses: Approaching Bible Discussions in Unexpected Ways, you are in a unique position to help them learn the difference between the Watchtower religion and biblical Christianity.

Every year, many people leave the Watchtower religion, either voluntarily or involuntarily.

But that doesn’t automatically mean they become Christians.

Often, they end up in a spiritual no man’s land and have no one who understands them.

You can be the friend they need.

You can offer an important Christian perspective on such sites.

Please understand—I’m not saying that you have to do all of this.

I’m not even saying that you have to do any of this.

I’m just saying that these are opportunities you can prayerfully consider.

6 Comments on "Taking the Initiative"

During coved times the door to door and cart witnessing is stopped. There are no public meetings at the Kingdom Halls. The preaching will be re-established when covid is over. However I fully expect all the Halls around the world to be SOLD and the religion to continue as it is now – an online tele-evangelist type religion. Watchtower will still push to send them money for the so called ‘Kingdom work’. The JWs will accept this without any realization they are being duped because of the intense indoctrination. I view the isolation of the covid pandemic as the best… Read more »
Reply   -   Share

What do you think is the best way to contact JWs who are leaving? Obviously, they won’t be coming to our doors.

Good question David. I have been praying for a long time about how I can help a JW who has awakened and left WT. I know ex-JWs are drawn to other ex-JWs. That is why there are so many YT channels by ex-JWs. Most of those channels only angrily expose the fraudulent unscriptural WT. Most ex-JW YT are only the blind leading the blind, since Bible truths are rarely presented. There are very few ex-JWs doing a good job at Bible truths. I think a YT channel is the solution for both of us. If we each make a channel… Read more »
Reply   -   Share

If God is calling you to do that, go for it! I’ll be glad to let you interview me. If you like, I can put you in touch with XJW Christians who are doing YouTube videos. For example, check out Witnesses Now for Jesus. They have many conferences each year and the talks are available on YouTube.

Thank you! I have found many ex-JWs who have not lost their faith and are now saved. I did not know about the Witnesses Now for Jesus, great tip. I will let you know if I start a YT channel to help ex-JWs who are searching for Christ. Blessings to you and your family. ❤️

Please also check out this YouTube site run by an XJW Christian named Dawn. She’s from the UK. She’s interviewed me for her site and also did a nice review of my book: http://www.YouTube.com/c/witnessforjesus.