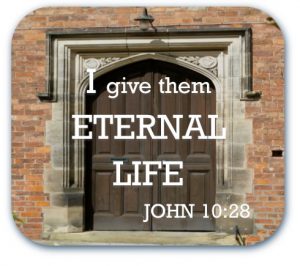 It is important to show Jehovah’s Witnesses their need to come to Jesus to have their sins forgiven. They think their dedication to Jehovah and “his organization” is all they need. Efforts to direct them to Jesus often fail because they think he has a subordinate role.

Show them that coming to Jesus for forgiveness is a command of Jehovah and that they have not yet obeyed that command.

1. Show the Witnesses that we must come to Jesus because Jehovah has delegated to him the authority to forgive sins.

This will be hard for them to accept. Jehovah’s Witnesses believe that it is Jehovah who saves and forgives, not Jesus.

Although they may want to argue whether Jesus is God or a created being, with this approach it is best to sidestep the identity issue. If necessary, agree to discuss that topic later. For the present, focus instead on helping them come to understand that in Jehovah God’s arrangement, it is Jesus who actually has the authority to forgive their sins and give them eternal life.

You can introduce this concept by saying something like this: “We all sin; we can never do enough to measure up to God’s holy standards. To whom can we go to get those sins forgiven?”

Have one of the Witnesses read aloud Jesus’ words in Matthew 9:6: “‘But so that you may know that the Son of Man has authority on earth to forgive sins….’ Then he said to the paralytic, ‘Get up, take your mat and go home.’”

Ask, “According to this verse, who has authority to forgive our sins?” Make sure that they acknowledge that the answer is Jesus.

They probably will ask, “Who gave him that authority?” Rather than getting sidetracked into an argument about who Jesus really is, simply answer, “Jehovah gave him that authority. That’s my point. It seems to me that this passage says that’s Jehovah’s arrangement. He has delegated to Jesus the authority to forgive sins. That’s why we need to come to Jesus if we want our sins forgiven.”

Ask, “According to this passage, who will pass judgment on our lives—the Father or the Son? What was the Father’s reason for arranging things this way?” The point you should make is that focusing on Jesus and his authority doesn’t rob his Father of honor; it brings his Father honor! You can also ask, “Do you honor the Son just as you honor the Father? Isn’t that what this passage says the Father wants us to do?”

Jehovah’s Witnesses believe that it is Jehovah who gives eternal life, not Jesus. Help them to see that the Bible teaches that in Jehovah’s arrangement, Jesus personally gives life to his sheep.

Have one of the Witnesses read aloud John 10:27-28, where Jesus said, “My sheep listen to my voice; I know them, and they follow me. I give them eternal life, and they shall never perish; no one can snatch them out of my hand.”

Ask, “According to this passage, who gives us eternal life?”

You can also have one of the Witnesses read aloud John 17:1-2 and comment on who, in Jehovah’s arrangement, actually gives eternal life: “After Jesus said this, he looked toward heaven and prayed: ‘Father, the time has come. Glorify your Son, that your Son may glorify you. For you granted him authority over all people that he might give eternal life to all those you have given him.’”

Follow up by saying something like this: “If the Bible told us that Jehovah God had delegated to Moses the authority to forgive sins and give us life, then the only way to obtain forgiveness and eternal life would be to come to Moses. Instead, it says that he has delegated this authority to Jesus. So if we want forgiveness of our sins and if we want eternal life, we have to obey Jehovah and come to Jesus to get it. I have done this. Have you? Have you obeyed this commandment of Jehovah?”

This often shocks the Witnesses, since they believe they are the only ones who are obeying God.

Have one of the Witnesses read aloud John 10:7-9: “Therefore Jesus said again, ‘I tell you the truth, I am the gate for the sheep. All who ever came before me were thieves and robbers, but the sheep did not listen to them. I am the gate; whoever enters through me will be saved. He will come in and go out, and find pasture.’”

Ask, “How can we enter through a gate unless we first come to the gate?”

If the Witnesses follow you and are receptive to the seeds you are planting and are prepared to come to Christ for salvation, by all means lead them through that process.

But don’t be discouraged if they aren’t ready to do that. If you sense that you are at an impasse, pray silently for wisdom as to how to proceed. Perhaps it is best to move on to a different point. It might be better to back off altogether and return to that point later after more groundwork has been laid.

Unfortunately, given the depth of Watchtower indoctrination, Witnesses are very unlikely to be ready to come to Christ they first time you show them they need to do it.

If they are not ready to proceed further in this direction, leave them with this thought: No matter how many good works we do, no matter how much preaching we do, no matter how many meetings we attend, we can only be saved if we comply with God’s arrangement and come to his Son, Jesus, for forgiveness based on his sacrifice. It is only by obeying God by coming to Jesus that we can have the peace with God that we all want and need.

Be encouraged by any progress you do make. Remember that success is by faith letting God present his message through you and leaving the results to him.

If you have tried this approach with a Jehovah’s Witness, how did it go? What barriers did you encounter? What suggestions can you give us?