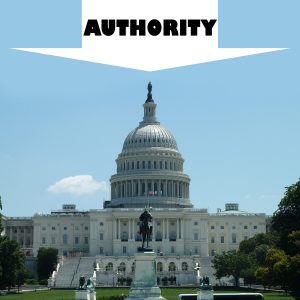 The Watchtower teaches that all earthly governments are controlled by Satan.

It argues as follows: “Jesus knew who really rules the world. On one occasion, Satan ‘showed him all the kingdoms of the world and their glory.’ Then Satan promised Jesus: ‘All these things I will give you if you fall [or, bow] down and do an act of worship to me.’ (Matthew 4:8, 9; Luke 4:5, 6) Ask yourself, ‘If those kingdoms didn’t belong to Satan, could he have oﬀered them to Jesus?’ No. All governments belong to Satan.” (What Can the Bible Teach Us?, p. 33)

If they make this argument, you can point out human swindlers often offer to “sell” property that they don’t really own. Can’t Satan do likewise? After all, he is the “father of lies.” (John 8:44)

Follow up by having one of them read aloud Romans 13:1-2 regarding the proper role of earthly governments in the Christian era.

Romans 13:1-2: “Everyone must submit himself to the governing authorities, for there is no authority except that which God has established. The authorities that exist have been established by God. Consequently, he who rebels against the authority is rebelling against what God has instituted, and those who do so will bring judgment on themselves.”

Romans 13:3-4: “For rulers hold no terror for those who do right, but for those who do wrong. Do you want to be free from fear of the one in authority? Then do what is right and he will commend you. For he is God’s servant to do you good. But if you do wrong, be afraid, for he does not bear the sword for nothing. He is God’s servant, an agent of wrath to bring punishment on the wrongdoer.”

There’s no doubt that many governments do evil things, and Christians must be discerning so as not to support them blindly. However, this doesn’t negate the Romans 13 teaching that governments do have a just authority which has been ordained by God.

In John 19:11, Jesus told Pontius Pilate: “You would have no power over me unless it had been given you from above; therefore he who delivered me to you has the greater sin.”

Have you ever these passages with Jehovah’s Witnesses? How did it go? Do you think the suggestions I have made would be helpful?