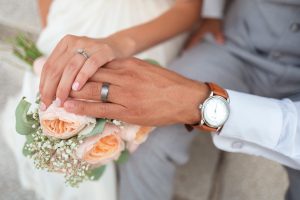 In Matthew 5:32, Jesus said, “I say to you that everyone who divorces his wife, except on the ground of sexual immorality, makes her commit adultery, and whoever marries a divorced woman commits adultery.”

Rather than teaching this scripture and then leaving the matter of divorce and remarriage to the consciences of the Witnesses involved, Watchtower elders follow a complex set of rules to determine whether a divorced Jehovah’s Witness is “scripturally free to remarry.”

Compliance with these procedures is a very serious matter.

If a divorced Witness remarries and the elders decide he or she was not Scripturally free to do so, that Witness can be disfellowshipped.[1]

In fact a Witness can be disfellowshipped if—after a warning—he or she persists in the “brazen conduct” of dating someone when the elders have decided that either or both is not Scripturally free to remarry.[2]

The elders’ manual contains nearly 20 paragraphs of instructions for elders to follow in the matter of divorce and remarriage.

If they learn that a Witness is contemplating divorce, they aren’t to forbid it. However, they “should explain that a legal divorce of itself does not free an individual to remarry… and each Christian will have to accept the consequences of his decision… However, the elders may determine that a publisher’s decisions in this area disqualify the individual from receiving special privileges normally given to those viewed as exemplary.”[3]

On what basis do elders decide whether a Witness is Scripturally free to remarry? Regardless of the grounds for divorce in the secular court system, the physical marriage bond must be broken by sexual immorality either before or after the divorce. Also, the innocent spouse must not have forgiven the wrongdoer by choosing to resume sexual relations with him or her after learning of the infidelity.[4]

Instead of just taking Witnesses at their word with regard to such matters, the elders’ manual states: “It is the responsibility of the individual desiring to remarry to produce convincing evidence to establish Scriptural freedom to remarry.”[5]

How can the Witness establish that?

If a baptized Christian who accuses his believing mate of adultery and wishes to establish freedom to divorce and remarry approaches an elder, the matter should be referred to the body of elders. The accuser is not free unless the evidence establishing wrongdoing is suﬃcient to warrant the formation of a judicial committee on a charge of porneia [sexual immorality] (Deut. 19:15; John 8:17) If the accused mate is associated with another congregation, the evidence should be presented to the elders of that congregation for review and a determination. The publisher should be advised that he is not to view himself as Scripturally free until the elders have investigated the matter and guilt of porneia is established.[6]

Often, this requires the elders to hear evidence about the sexual behavior of Witnesses:

The judicial committee should be thorough but not inquire about needless details, especially in regard to sexual misconduct. However, when Scriptural freedom to divorce and remarry is an issue or when the nature of Scriptural wrongdoing must be determined, details may need to be clariﬁed…[7]

When determining if an individual is guilty of porneia, it is important to establish the facts. This is especially true when Scriptural freedom to remarry is involved. (Mal. 2:16a) In situations in which the elders are uncertain or divided on their conclusions, it is best to write the Service Department…[8]

What amount of evidence is sufficient? “…the accused may confess or two eyewitnesses may report that the accused stayed all night in the same house with a person of the opposite sex (or a known homosexual) under improper circumstances. (See 12:7-9.) The elders should carefully consider the situation. (See 12:7.1.) Although the elders cannot tell the innocent mate that he is free to remarry, if the innocent mate is convinced that adultery did occur, the elders may allow him to take responsibility before Jehovah for obtaining a Scriptural divorce; if he remarries, no judicial action will be taken.”[9]

What if the guilty spouse is not a Jehovah’s Witness?

Even if the accused mate is not one of Jehovah’s Witnesses (disfellowshipped, disassociated, or never baptized), two witnesses are also generally required to establish wrongdoing that would provide a basis for Scriptural freedom. An exception may be made, however, if the unbeliever privately makes an unambiguous confession of adultery to the Christian mate. In such a case, if the innocent Christian mate believes that the confession is true and does not wish to reconcile, he can submit a letter to the elders outlining his situation. The body of elders should then consider the letter. Is there any known reason to conclude other than that the unbelieving mate has been immoral? For example, was the confession worded ambiguously? Did the unbeliever later deny making the confession? If the unbeliever is willing to speak with the elders and matters are unclear, the elders may choose to ask the accused mate directly. If there is no known reason to conclude otherwise, the innocent mate can be allowed to take responsibility before Jehovah for obtaining a Scriptural divorce; if he remarries, no judicial action will be taken.[10]

As an outsider examining the Watchtower system, I wonder why the organization feels it necessary and appropriate to have this level of legalistic elder involvement in the lives of Jehovah’s Witnesses.

In the absence of proof to the contrary, why not simply teach them what the Bible says and trust that as adult Jehovah’s Witnesses they will do their best to follow it conscientiously and to confess their sins to God when they falter?

3 Comments on "Watchtower Elders Determine Freedom to Remarry After Divorce"

Hi David: The answer to your concluding question, (which, although, was likely rhetorical), is twofold, perhaps threefold. First, as with many issues, the Witnesses view of Church polity is strictly episcopal and hierarchical, and therefore sin, especially serious sin, is not just a personal matter; it is the business of the entire Church. It is question of authority. Second, and closely related, is the view that the Church can become “leavened” with sin if these matters are neglected in a careless manner. Thirdly, the reputation of the Church (by tolerating sin), and by extension, Christianity, the Scriptures, and God Himself… Read more »
Reply   -   Share

On a side note David, I would like to say, I do still frequently check your blog. And to others who may also, may I encourage you to comment more often. David has done a tremendous amount of work here and the contents should be more widely distributed and discussed. I say that even though doctrinally I differ greatly with David. David, may I make a suggestion that you contact both Gus Astacio and Six Screens to help widen your audience. Best regards!