Turn Yourself In to Watchtower Elders 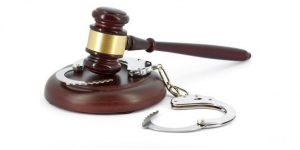 In the previous post, I documented the Watchtower’s intrusive regulation of the intimate sexual conduct of married Jehovah’s Witness couples.

This marital micromanagement became a major problem for the organization. But how did the organization find out what married Witness couples were or weren’t doing in the privacy of their own bedrooms?

The Witnesses told them!

Why would they disclose such intimate information? Because of the Watchtower culture which requires Witnesses to report their own wrongdoing to the elders.

The article had tried to avoid excessive intrusion by cautioning, “It is certainly not the responsibility of elders or any others in a Christian congregation to search into the private lives of married couples.”[2] If future cases of such “gross unnatural conduct” came to their attention, they were to “try to correct the situation before further harm results.” Nevertheless, if the couple continued to “show disrespect for Jehovah God’s martial arrangements,” then they would have to be removed from the congregation “as dangerous ‘leaven’ that could contaminate others.”[3]

The caution didn’t solve the problem, however.

The article’s author, Ray Franz, later explained, “The published material was understood and applied in such a way that marriage mates generally felt obliged to report to the elders if any such practice existed or developed during their marriage… To fail to come forward generally is viewed as indicative of an unrepentant attitude and as weighing in favor of disfellowshiping. The belief that disfellowshiping cuts one off from the one organization where salvation can be found, as well as from friends and relatives, exercises heavy pressure on the person to conform, no matter how difficult confession (or reporting) to the elders may be.”[4]

The current elders’ manual requires Witnesses to “give evidence of genuine repentance” if they are to avoid being disfellowshipped for wrongdoing.[5] One of the key factors in determining genuineness of repentance is this: “Was his confession voluntary, or did he have to be accused by others?”[6]

Clearly, then, a sinner must be repentant if he is to receive mercy. However, neither shame nor fear of exposure is repentance… If you were to sin seriously, how could you receive God’s mercy if you tried to hide your sin? Jehovah is aware of it, and he does not merely ignore wrongdoing… Jehovah will not bless anyone who hides gross sin and tries to stay in the clean Christian congregation… So if you have fallen into sin and want to do what is right, do not hesitate to make an honest confession. Otherwise, you will have a guilty conscience, especially when you read or hear counsel regarding such serious matters. What if Jehovah were to withdraw his spirit from you, as he did in the case of King Saul. With God’s spirit removed, you could fall into even more serious sin…{Do] not hesitate to seek the spiritual help of the elders…[7]

Franz said that one female Jehovah’s Witness wrote to headquarters and said, “I am scared, I am hurt, and I am more worried at this time about [my husband’s] feeling for the truth… I know you will tell me what to do.”[8]

Franz revealed that a Watchtower elder—not just an ordinary Witness but an elder—“wrote, saying that… he and his wife were confused as to ‘where to draw the line in the act of foreplay before the actual act of sex.’” He assured the Society that he and his wife would ‘follow any advice you give us to the letter.’”[9]

Franz noted, “These letters illustrate the implicit trust these persons had come to place in the Governing Body, the belief that the men forming that Body could tell them where to ‘draw the line’ in even such intimate aspects of their personal lives, and that they should rightly hew to the line ‘to the letter.’ … Letter after letter reveals that the persons involved felt positively responsible before God to report any deviance from the norm established by the Governing Body….[10]

He related the story of a Witness who wrote to the Governing Body, admitted that he had violated the ruling and asked more mercy: “After waiting eight weeks for a reply, he wrote again to say that ‘the waiting, anxiety and anticipation is almost more than I can bear.’ He said he had been removed from all congregational assignments, including offering prayer at the meetings, and that ‘almost weekly I am losing something that I have worked and prayed for for thirty years… I do need some mental relief as to how I stand with Jehovah’s organization.’”[11]

Imagine being so fearful of men that you govern your marital sex life by their Bible interpretations, even if you disagree with them.

Imagine feeling that you must report to elders how your intimate relations with your spouse have deviated from organizational policy.

Imagine that you are in terror that your eternal relationship with God rests in the hands of a small group of men who are going to determine the sincerity of your repentance over the way in which you and your spouse chose to have sexual relations.

Please have compassion on men and women who live like this and who desperately need to hear and embrace the real gospel of grace.