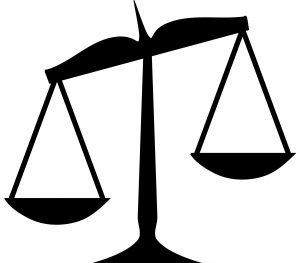 As we consider how to get through to Jehovah’s Witnesses with the real gospel, I think it’s important for us as Christians to understand what it’s like for Witnesses to live under the Watchtower’s judicial system.

I don’t think the Watchtower truly understands the radical difference between the Old Testament and the New. It doesn’t believe that people become Christians by being born again, having the Holy Spirit indwell them, being transformed from the inside out, living by grace and the spirit.

Rather, it sees the New Testament as a modification of the Old Testament law system in which the Christian community has replaced the nation of Israel as “Jehovah’s organization.” Accordingly, I believe that what the Watchtower has become is essentially an Old Testament religion with a Christian veneer.

Now it is true that on occasion Christian leaders are called upon to pass judgment on the actions of congregants who commit serious misconduct and refuse to repent. The example that comes to mind is the situation described in 1 Corinthians 5:1-5 in which a professing Christian was living in an incestuous relationship with his stepmother. Paul instructed the Corinthian leaders to remove him from their fellowship.

Rather than viewing this as an extreme aberration, the Watchtower views this and similar scriptures as a command to create a permanent judicial system within its organization.

Viewing itself as a society regulated by Jehovah’s laws rather than relying on the inner transformation of the Holy Spirit, the Watchtower has set up an entire judicial structure in which congregation elders investigate and sit in judgment on congregants who are suspected of misconduct.

Because of this, no less than eight chapters (84 pages in PDF format) of its elders’ manual, Shepherd the Flock of God, are devoted to this judicial system.

Chapter 12, “Determining Whether a Judicial Committee Should Be Formed,” spells out more than 35 offenses for which a judicial committee of elders would be appropriate[1] and explains the level of evidence which is required.[2]

Chapter 13, “Pornography,” distinguishes between “abhorrent” and “nonabhorrent” types of pornography[3] and explains under what circumstances a judicial committee should or should not be formed, giving citations to relevant Watchtower articles.[4] The chapter goes on to discuss how a Witness’ viewing of pornography should affect the decision as to whether or not to appoint or reappoint the person to serve in various capacities within the congregation.[5]

Chapter 14, “Child Abuse,” gives detailed instructions for handling such matters, including the need to contact the Watchtower’s Legal Department for advice. One of the more controversial provisions of this chapter is that elders are not automatically required to report allegations of child abuse to the government authorities unless they are in a jurisdiction that has a law requiring such reporting.[6]

Chapter 15, “Preparing for Judicial Hearings,” sets out the procedures for forming judicial committees and setting up the hearings.

Chapter 16, “Procedure for Judicial Hearings,” indicates that hearings are to be conducted in private and that no audio or video recording is allowed.[7] If a wrongdoer is repentant, the elders may choose merely to reprove him privately[8] or publicly[9], but if he is not repentant, he is to be disfellowshipped.[10]

Chapter 17, “Appeal Hearings,” sets out the procedure giving a disfellowshipped person seven days to appeal the decision. Three different elders are selected to review the decision. Because the person has been disfellowshipped, they are not to pray in his presence(!).[11] If the appeal committee disagrees with the disfellowshipping decision, they are to meet with the original judicial committee to discuss the matter. If they can’t reach agreement, they send letters to the Watchtower Service Department for a ruling, but they are not to tell the disfellowshipped person about their disagreement(!).[12] Instead, they only inform him of the final decision.

Chapter 18, “Disassociations,” governs how elders are to handle situations of persons who no longer want to be Jehovah’s Witnesses. These people are shunned just as if they had been disfellowshipped. A person can be deemed to have disassociated by conduct as well as by direct statement, such as by joining another religious group,[13] or by accepting a blood transfusion and not repenting of having done so[14], or by joining a “nonneutral” political or governmental organization[15].

Chapter 19, “Reinstatements,” sets out standards and procedures for determining whether, and under what conditions, a disfellowshipped or disassociated person can be reinstated.

This system gives the elders tremendous power over the lives of every Jehovah’s Witness in their congregation. I hope this summary gives you greater understanding of and compassion for Jehovah’s Witnesses. Imagine living under such a law system and believing that to be Christianity.

In this series, I will be looking in more depth at the levels of discipline that the Watchtower metes out to those who do not live up to its system of laws. I will touch on the effects these punishments can have on Jehovah’s Witnesses.

In future series, I will comment on some of the problems that are inherent in this judicial system, and specific examples of the types of legalism that it brings forth.