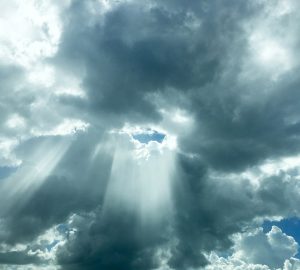 Because the Watchtower teaches that the great crowd will live on a paradise earth and that only 144,000 anointed ones will go to heaven, Jehovah’s Witnesses like to stump Christians with questions we haven’t thought of regarding our final destination. Their purpose is to get us to doubt what we believe and make the Watchtower teachings more credible.

Let’s look at some of these questions and consider how to respond.

“What will you do in heaven all day?”

Jehovah’s Witnesses love to stump Christians who think they are going to heaven by asking, “What will you do in heaven all day?” The best answer to that question is a short one: “I will worship God and be with Christ. I will do whatever they have for me to do.”

If they scoff at that, you might ask them what they will do on earth for all eternity. They might name a number of things. Whatever they say, you can point out that they can only do things so long before they tire of them. The fact is that when we are talking about eternity, none of us has a complete answer to that question.

“Who will you reign over?”

Most likely, the Witnesses will point out that Revelation 5:9-10 says that those who have been redeemed from the earth will reign as kings and priests with Christ. They try to stump Christians by asking, “Who will you reign over?”

You can answer, “People in the millennial kingdom. I do believe there will be a millennial kingdom on earth.” If they ask who will be the subjects of that kingdom, you can answer, “Unbelievers who survive the tribulation, as well as their children who are born during the millennium.”[1] They may deny that any unbelievers will survive the tribulation. Ask them to produce a passage that says this.

“Why does the Bible say that the earth will remain forever?”

Jehovah’s Witnesses often cite several verses in order to prove that God created the earth to be inhabited and that it will remain forever. The passages they mention most often are Matthew 6:10, Psalm 37:29, Psalm 104:5, Ecclesiastes 1:4, and Isaiah 45:18.

Rather than arguing with them about this, you can acknowledge that the earth will be inhabited by believers forever while still stressing that this does not create a two class system. Ask them to read aloud Revelation 21:1-3: “Then I saw a new heaven and a new earth, for the first heaven and the first earth had passed away, and there was no longer any sea. I saw the Holy City, the new Jerusalem, coming down out of heaven from God, prepared as a bride beautifully dressed for her husband. And I heard a loud voice from the throne saying, ‘Now the dwelling of God is with men, and he will live with them. They will be his people, and God himself will be with them and be their God.’”

Have Jehovah’s Witnesses made some of these arguments to you? Do you find my responses helpful?

Refuting Watchtower Arguments: “Only a Little Flock Will Go to Heaven”