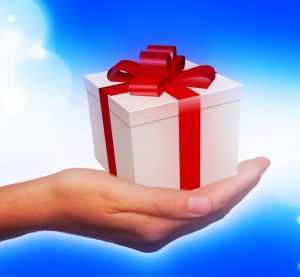 As we saw earlier in this series, the Watchtower teaches that in order to obtain God’s approval, Jehovah’s Witnesses need to maintain righteous behavior in this life and eventually progress to moral perfection by the end of Christ’s millennial kingdom.

What they fail to realize is that there is no way human beings can ever by self-effort become righteous enough to meet God’s standards. If we try to establish our own righteousness—that is, if we try to generate sufficient righteousness by self-effort and dedication—we are thwarted at every turn by the dead spirits we inherited from Adam.

The Pharisees are a prime example. They had a zeal for God, and by their own dedication and self-discipline they were able to live outwardly moral lives. But on the inside of them, Jesus said, there was greed, self-indulgence, hypocrisy, and wickedness. (Matthew 23:25-28)

Saul of Tarsus, whom Christ later transformed into the apostle Paul, was such a man—“a Hebrew of Hebrews; in regard to the law, a Pharisee… as for legalistic righteousness, faultless” (Philippians 3:5-6). Then God revealed to him the unrighteousness inside him. When he compared himself with the righteousness of Christ, he saw how far short he fell and how fruitless were his attempts to prove himself worthy to God. He describes this in Romans 7:18-23:

For I know that nothing good dwells within me, that is, in my flesh. I can will what is right, but I cannot do it. For I do not do the good I want, but the evil I do not want is what I do. Now if I do what I do not want, it is no longer I that do it, but sin which dwells within me. So I find it to be a law that when I want to do right, evil lies close at hand. For I delight in the law of God, in my inmost self, but I see in my members another law at war with the law of my mind and making me captive to the law of sin which dwells in my members. (RSV)

The biblical solution to the problem of sin is to recognize that we can never make ourselves righteous and to come to Christ for his righteousness. We receive forgiveness of sins and a new nature that is capable of pleasing God.

What God offers as a gift is righteousness—Christ’s righteousness received by faith—a righteousness we can draw on to do the works God has prepared in advance for us to do (Ephesians 2:8-10). The gift God offers is not—as the Watchtower teaches—a 1000-year proving ground where we have a chance after death to “prove worthy” by works and attain to perfection without ever having received the needed spiritual rebirth from God by faith in Christ’s shed blood.

This was not written to 144,000 only but to all who have received this new spiritual life inside them by faith. “Yet to all who received him, to those who believe in his name, he gave the right to become children of God” (John 1:12, emphasis added).

Keep in mind what Paul said in Romans 10:1-3: “Brothers, my heart’s desire and prayer to God for the Israelites is that they may be saved. For I can testify about them that they are zealous for God, but their zeal is not based on knowledge. Since they did not know the righteousness that comes from God and sought to establish their own, they did not submit to God’s righteousness.”

What the Israelites didn’t understand, Paul says, is that they had a choice. They could spend the rest of their lives trying to generate their own righteousness by their works—in which case they would fail miserably—or they could live by a different kind of righteousness, a free gift of righteousness that comes from God and is received by faith.

Jehovah’s Witnesses don’t understand this either, and that’s a key part of the gospel message that we need to get through to them.

Have you ever discussed these issues with a Jehovah’s Witness? How did it go?