Going to a Kingdom Hall 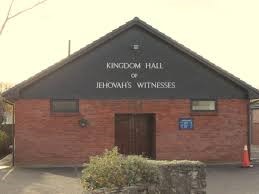 One way to take the initiative in connecting with Jehovah’s Witnesses is to attend one or more meetings at their nearest Kingdom Hall (that’s the Watchtower version of a church building).

I would recommend this only if you have developed some experience and proficiency at witnessing to Jehovah’s Witnesses.

If you are interested in trying this, let me offer you several suggestions.

First, remember what I said earlier in this book about the need to establish safeguards of accountability with trusted Christian friends to make sure you don’t get sucked into the Watchtower.

Almost everyone there will be a Jehovah’s Witness, and the meetings will be centered on indoctrination in Watchtower theology. In addition, the first couple of times you attend, you are likely to be “love bombed”—that is, welcomed very warmly as if you were a long-lost friend. It comes across as Christian love, and it’s one method Witnesses use to attract converts.

As far as attire is concerned, men should wear business suits with conservative colored shirts and neckties. Women are expected to wear dresses or blouses and skirts rather than slacks.

Second, if people ask you how you happen to be there, just tell them that you are curious as to what Jehovah’s Witnesses believe and what their meetings are like.

If you stay for a “Watchtower study,” just listen and observe. Watch the indoctrination methods where Witnesses study the Watchtower paragraph by paragraph, giving the Watchtower’s answers to the Watchtower’s questions. They hope one day to lead a “home Bible study” with you (actually it’s a Watchtower book study) using the same method.

Third, the best time to make your first appearance at a Kingdom Hall is at what Witnesses call the “Memorial.”

A couple years ago, I devoted a blog post to describing and explaining this meeting in detail.

This annual Memorial takes place near Easter. As the time approaches, the Watchtower will post the date on its website, jw.org. This meeting is the Watchtower’s version of the Lord’s Supper, but it’s very different than what you are used to. Witnesses will pass bread and wine without partaking, and the public talk will explain the Watchtower’s two-class salvation system.

It’s rather bizarre, frankly, rather like being invited to a meal and then spending the entire time being told why you aren’t worthy to eat and drink of anything.

I recommend that you go along with them and pass the bread and wine on by without partaking. Partaking would be really offensive to all the Witnesses present.

A Christian friend of mine considers the Watchtower Memorial to be a “reject Jesus party,” although, of course, he doesn’t say that to any of the Witnesses. He attends every year just to remind himself how spiritually lost Jehovah’s Witnesses really are. He uses it as a personal incentive to stay active in trying to get through to them with the light of the gospel.

The main advantage to attending this event is that the Watchtower always pushes Witnesses to invite as many non-Witnesses as possible. Because of that, you won’t stick out as an outsider. It will seem natural to them for strangers to be present.

At this meeting, you can express interest in having some Jehovah’s Witnesses come to your home to explain their teachings further.

Fourth, recognize that you will only get to have extended discussions with a couple of Witnesses you meet at the Kingdom Hall. Word will travel quickly throughout that congregation that you raised tough questions instead of being a passive and compliant student.

In all likelihood, you will not be able to set up meetings with other Witnesses from that same Kingdom Hall, except perhaps with elders whose primary interest will be in protecting their congregation from your influence.

Nonetheless, you will be allowed to attend future meetings at the Kingdom Hall if you wish so long as you don’t try to proselytize Witnesses while you are there.

I am going go out on a limb and make a prophecy! Ha ha. I believe that since covid has forced all meetings to be on zoom there will never be another meeting at any Kingdom Hall. Why? Because WT will sell all the Halls to make a buck. Why? WT needs all the cash they can get due to the lawsuits against them all over the world! WT will spin the KHall sales as covid related nessecity or donations have gone down or some other reason. JWs will be duped again. Well that’s my opinion! Blessings to you and… Read more »
Reply   -   Share