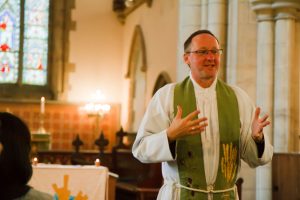 The Watchtower asks, “What group is noted for having no paid clergy, all of its members being preachers?”[1]

It sets itself apart from the church of Christendom this way: “Some religious leaders do preach for money…  In contrast, the Witnesses have no paid clergy, and often their Bible literature is offered without price to sincere seekers of truth…”[2]

Usually, I avoid discussions on this topic because it’s not a salvation issue. However, sometimes we need to address it.

I recall vividly one time when a young Jehovah’s Witnesses kept harping on this  money issue as a way of putting me on the defensive. In his mind, it proved that the Watchtower religion is true Christianity and that pastors of churches are ignoble for accepting pay for their work.

If you get into this issue with Witnesses, I recommend several soundbite responses in order to show them that those who preach the gospel have a right to be paid for their work, although if they wish to decline such financial support they are free to do so. (Quotations are from the Watchtower’s New World Translation.)

Ask them to read aloud 1 Corinthians 9:13-14: ” Do you not know that the men performing sacred duties eat the things of the temple, and that those regularly serving at the altar receive a share from the altar? 14 In this way, too, the Lord commanded for those proclaiming the good news to live by means of the good news.”

Ask, “What does verse 14 say the Lord commanded?”

The Witness with whom I was meeting literally stopped and stared at the words. Apparently, he had never read that verse before. He couldn’t bring himself to read the words aloud again because it was obvious that they said the opposite of what the Watchtower teaches.

Finally, he ignored my question and replied, “But 1 Corinthians 9:12 says that Paul didn’t take money from the Corinthians. He didn’t accept any money, and neither do we!”

I summarized for him the context of 1 Corinthians 9. The Corinthians were accusing Paul of improper motives. It was for this reason that he decided not to take any money from them to pay for his own expenses. However, he told them that the Lord commands that those who proclaim the good news should make their living by means of doing so.

If necessary, you could go on to have them read aloud a scripture passage which shows that Paul did accept support from churches outside of Corinth.

2 Corinthians 11:7-8: “… did I commit a sin by humbling myself that you might be exalted, because I gladly declared the good news of God to you without cost? Other congregations I deprived by accepting provisions in order to minister to you.”

Ask, “Doesn’t this show that Paul did take money to support his preaching ministry, just not from the Corinthians?”

Soundbite Question: “Doesn’t that mean that the congregation is required to make a good faith offer to pay their preachers a suitable wage and that it’s purely up to them whether to accept money or not?”

There’s a third scripture you can use to challenge the Watchtower’s position.

1 Timothy 5:17-18: “Let the elders who preside in a fine way be considered worthy of double honor, especially those who work hard in speaking and teaching. For the scripture says, ‘You must not muzzle a bull when it is threshing out the grain,’ also, ‘The worker is worthy of his wages.’”

Sometimes ending with a rhetorical soundbite question is the most effective way to get Witnesses to make a critical examination of what the Watchtower teaches.

Follow-up Soundbite Question: “Since this passage says that elders should receive wages for their preaching and teaching, why doesn’t the Watchtower make a bona fide offer to pay them?”

Have Jehovah’s Witnesses ever criticized your church for having a “paid clergy class”? What do you think of these soundbite responses?

My Book Is Now Available on Amazon!