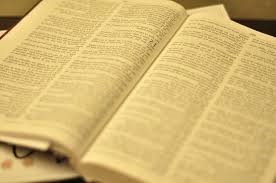 In order to get through to Jehovah’s Witnesses on some points, it’s necessary to discuss some fairly long Bible passages with them. This is particularly so when we need to show Witnesses the full context of some of their favorite proof texts.

The problem is that trying to discuss dozens of verses in one group doesn’t work.

As I said in a previous post, “If the passage is a long one, review it with them in smaller, more manageable segments rather than getting lost trying to analyze a lengthy passage all at once.” In my experience, to be manageable, the segments should contain no more than 3 or 4 verses each.

This is best explained with an example.

In support of its claim that Jesus rose from the dead as a spirit creature rather than bodily—and that the 144,000 will have a similar “spirit resurrection”—the Watchtower often cites two proof texts:

I have found that the most effective way to counter the impression these proof texts give is to examine the entire context of 1 Corinthians 15:35-53.

But that’s 19 verses—far too long a passage to read and discuss as one group.

So divide the passage into short segments that work best for you. Ask the Witnesses to read the various segments aloud, and ask them questions about each segment.

Here are the segments I would choose and some of the questions I might ask:

35 Nevertheless, someone will say: “How are the dead to be raised up? Yes, with what sort of body are they coming?” 36 You unreasonable person! What you sow is not made alive unless first it dies. 37 And as for what you sow, you sow, not the body that will develop, but just a bare grain, whether of wheat or of some other kind of seed;

Are these verses contrasting two different types of resurrection bodies?

38 but God gives it a body just as it has pleased him, and gives to each of the seeds its own body. 39 Not all flesh is the same flesh, but there is one of mankind, there is another flesh of cattle, another flesh of birds, and another of fish.

But I tell you this, brothers, that flesh and blood cannot inherit God’s Kingdom, nor does corruption inherit incorruption.

Listen, I tell you a mystery: We will not all sleep, but we will all be changed—in a flash, in the twinkling of an eye, at the last trumpet. For the trumpet will sound, the dead will be raised imperishable, and we will be changed. For the perishable must clothe itself with the imperishable, and the mortal with immortality.

This way of handling longer passages helps focus the Witnesses on what the Bible is really saying and reduces the chances that they will jump ahead to their favorite verses instead of carefully considering the context.

Just trying to get JW’s to understand a basic verse is hard enough, Long verses would be a mental tug of war i have all the respect in the world for all who attempt it.