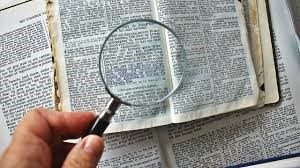 Because of this, we have to do it for them.

As we do so, we have to walk a fine line so as not to come across as antagonistic. The best way to do this is as students who are seeking to understand the details of Watchtower teachings.

Here are two examples of how to do this.

Here are six Watchtower teachings concerning the 144,000 mentioned in Revelation 7 and 14:

The Watchtower renders Jesus’ statement in Luke 12:32 as follows: “Have no fear, little flock, for your Father has approved of giving you the Kingdom.”

You can ask, “How can we be sure that the ‘little flock’ is the same as the 144,000 mentioned by John some 50 years later when he wrote the book of Revelation?”

After all, in Luke 12, Jesus didn’t mention a specific number, nor did he say anything about the “little flock” being the only ones who will be born again.

Jehovah’s Witnesses will tell you that they key is that the Father is allowing them to share in the Kingdom rule with Jesus.

However, you are the ones who have stuck with me in my trials; and I make a covenant with you, just as my Father has made a covenant with me, for a kingdom, so that you may eat and drink at my table in my Kingdom, and sit on thrones to judge the 12 tribes of Israel.

That statement was made in the upper room at the Last Supper when only his original 12 disciples were present with him.

So why couldn’t the “little flock” refer only to the original disciples?

Alternatively, why couldn’t the “little flock” be the 24 elders mentioned in Revelation 4:11?:

All around the throne were 24 thrones, and on these thrones I saw seated 24 elders dressed in white garments, and on their heads golden crowns.

For that matter, why couldn’t the “little flock” be all Christians? Certainly, the number of Christians is small in comparison to the world’s entire population.

It isn’t important for you to show definitively who Jesus was addressing as “little flock.”

The point is that the Watchtower has no basis for dogmatically equating that group with the 144,000.

A second way to question this Watchtower doctrine is to focus on its claim that all Christians from the 1st through 19th centuries were of the anointed 144,000.

This is important because the Watchtower teaches the many of the promises of the New Testament don’t apply to the “other sheep,” which is 98% of Jehovah’s Witnesses today.

Does it make sense that there were no more than 144,000 genuine Christians during this entire span?

Simple division shows that that would allow for their being on average only about 76 new Christians each year.

You can ask the Witnesses how that is consistent with the growth rate of Christianity described in these New Testament statements:

Acts 2:47: “At the same time Jehovah continued to add to them daily those being saved.”

Acts 6:7: ” Consequently, the word of God continued to spread, and the number of the disciples kept multiplying very much in Jerusalem; and a large crowd of priests began to be obedient to the faith.”

Colossians 1:6: “Just as the good news is bearing fruit and increasing in all the world, so it is also doing among you from the day you heard and accurately knew the undeserved kindness of God in truth.”

Example #2: The Watchtower’s teaching that Christ’s millennial kingdom will be a paradise

Jehovah’s Witnesses are looking forward to God’s imminent destruction of the wicked (Armageddon) and to the ushering in of the paradise of the “new system”—Christ’s millennial kingdom on earth.

You can question this scenario by asking them a number of questions about how all of this will work.

How will the millennial kingdom be a physical paradise?

Think of the cleanup that will be required after the mass destruction they are expecting at Armageddon.

The world’s cities will be in ruins, and the vast majority of the world’s population—perhaps close to 6,000,000,000 people—will have died where they stood when the cataclysm hit them.

How will Jehovah’s Witnesses cope with the resulting stench, blood, and decay of bodies?

Even if birds and worms devour the flesh, won’t Jehovah’s Witnesses have to dispose of billions of skeletons? How will this be accomplished, given that nearly all the world’s equipment and technology will have been destroyed at Armageddon?

How will Jehovah’s Witnesses build enough homes for all those who will be resurrected, especially given the degree of physical destruction caused by Armageddon?

How will the millennial kingdom be a moral paradise?

The Watchtower teaches that those who enter the millennial kingdom will have the same sinful inclinations and personality they had at the end of their life in this old system., and they will have to find a way to progress to moral perfection by the end of the thousand years.[1]

What are the details?

How will all of this be accomplished?

How can the millennial kingdom be a moral paradise when Revelation 20:7-8 indicates that even near the end of the 1,000 years, rebellion against Jehovah will be widespread?

For a more detailed discussion of questions you might ask Witnesses about the Watchtower’s view of the millennial kingdom, I recommend Wilbur Lingle’s book, Approaching Jehovah’s Witnesses in Love: How to Witness Effectively Without Arguing.

You can use similar witnessing techniques with regard to most Watchtower teachings.

Search the assumptions and claims the Watchtower makes.

Then ask questions about the details as well as alternatives that are consistent with Scripture.

There are so many excellent points, I almost wish you had divided the points into separate postings. Well done! ❤️

Thanks, Betty! One of the challenges in doing a blog like this is figuring out how much to include in each post and when it’s good to split them up.

Excellent post! I was tidying up when I found a copy of “What Can the Bible Teach Us?” . Their insistence that Jesus became King in 1914 would b e laughable it wasn’t so deeply bizarre. Daniel 7:13, 14 does talk about Christ’s dominion being established in 1914 . Maybe I’m wrong, but it reads , to me, like a prophecy about Jesus’ everlasting dominion. How they arrive at 1914 is a mystery that would baffle Sherlock Holmes.
Reply   -   Share

Thanks, Johanna! Regarding 1914, Jerusalem fell in 586 BC, not 607 BC, and the Daniel passage is about Nebuchadnezzar, not Jesus. Also, in Matthew 28, Jesus said he already had all authority in heaven and on earth, so what additional authority could he have received in 1914?