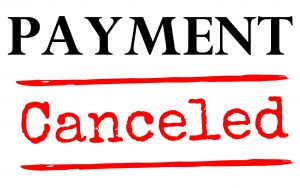 The Watchtower argues against the bodily resurrection of Jesus by claiming that if Jesus’ body rose from the dead, he would have taken back the payment for our sin debt.

Let’s see how to respond.

Here is the Watchtower’s reasoning: “If a man pays a debt for a friend but then promptly takes back the payment, obviously the debt continues. Likewise, if, when he was resurrected, Jesus had taken back his human body of flesh and blood, which had been given in sacrifice to pay the ransom price, what effect would that have had on the provision he was making to relieve faithful persons of the debt of sin?”[i]

If you get blindsided by an argument like that, it can be difficult to come up with a good response.

Here is a summary of the point you are making.

One of the best aspects of this response is that it accords with the Watchtower’s view of “the ransom” that it was Jesus’ life—rather than his physical body—that was the sacrifice:

Witnesses may argue that is was Jesus’ human life that he sacrificed, not his heavenly one. But Jesus’ statement in John 10 makes no such distinction. Besides, Witnesses don’t believe that he took back his human life at all.

Your soundbite: According to John 10, it was Jesus’ life that he surrendered, and it was his life that he received back again. That didn’t negate the payment.

Have you ever had difficulty answering the Watchtower’s “Take Back The Ransom” argument? What do you think of my response?

Dealing with the “Locked Room” Argument

3 Comments on "Dealing with the “Take Back the Ransom” Argument"

The issue is really around the blood, and not the body of Jesus Christ.

Hebrew 9:22 makes it clear that it was the shedding of blood, not the recovery of a body that redeemed us.

1 John 1:7 makes it clear that Jesus’ blood cleansed us of all sin, not His body.

Ultimately, it is neither the shed blood nor the crucified body which redeems us. If He had been rescued from the Cross and recuperated and not died our sins would not have been paid for; we would not have been redeemed. The terms “shed blood” and “crushed body” are metaphors for His death. It is His sinless death that redeems us.

You actually said that perfectly.