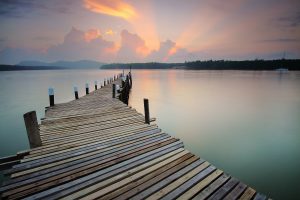 The Watchtower claims that in order to be saved, members of the earthly class must prove worthy by their works many times. First, they must prove worthy to be resurrected or to survive Armageddon in order to enter Christ’s coming millennial kingdom on earth. If they make it that far, they will have to overcome their sinful nature during those 1000 years, attain perfection, and then prove worthy again by passing a final test by Satan. If they pass that final test, they will obtain everlasting life and be back to where Adam was before he sinned. They will still be capable of sinning, though, just as Adam was, so in order to escape annihilation they must continue to prove worthy throughout all of eternity.

Not all Witnesses are aware of these requirements. If they are aware of them, they may not have put them all together and seen that they are impossible to attain. In previous articles, I have cited Watchtower literature you can show them in order to establish all this. However, that method is pretty confrontational.

If you prefer a less confrontational approach that doesn’t require a lot of documentation, you might begin simply by asking this question: “Exactly what do I need to do to become acceptable to God?”

If they talk about having faith in Jesus’ ransom sacrifice, you can tell them that you do have faith in his sacrifice and ask what else you need. They may tell you about affiliating with the Watchtower Society and preaching the good news of the kingdom door-to-door. They may come up with an even more extensive list of works you supposedly need to perform. They may talk about the need to vindicate Jehovah’s sovereignty and prove loyal to him and to his organization. They may mention all sorts of things.

Continue by asking, “What else would I need to do to be sure that I will be acceptable to God? How will I know when I have done enough?”

No matter what they present, ask, “So how much depends on Jesus and how much depends on me?” You can continue by asking, “Would you say that Jesus’ ransom sacrifice was the down payment but that we need to keep up the installments?” If they say yes, ask, “How does this square with Jesus’ promise in Matthew 11:28 that he would give rest to those who are weary and burdened?”

Jehovah’s Witnesses often don’t examine the details of the Watchtower’s salvation system, so what they tell you may or may not correspond to the Watchtower teachings that I’ve outline for you. If that happens, don’t contradict their answers. That is, don’t tell them directly that their answers make no sense or that they are inconsistent with the Bible or even that the Watchtower has actually said something different. Instead, direct the course of the discussion by continuing to ask questions.

Express your confusion over what they are telling you and ask more questions for clarification. In their effort to explain things to you, they will have to think about problems with Watchtower doctrine that they ordinarily would never consider. The greater the difficulty they have in coming up with satisfactory answers to your questions, the better the chance that they will see for themselves the fatal flaws in the Watchtower salvation system.

You want them to see for themselves that they are on an endless treadmill of works. They will never arrive at their desired destination. They can never be sure that they have done enough or that what they have done is good enough. All of their efforts to prove worthy are doomed to failure. As you lead them to see these deficiencies in the Watchtower system, you will be helping them to see that God’s arrangement for their salvation must be something far better.

Have you ever had a Jehovah’s Witness explain the Watchtower’s salvation system to you? How did it go?

The Great Crowd Will Never Be Secure