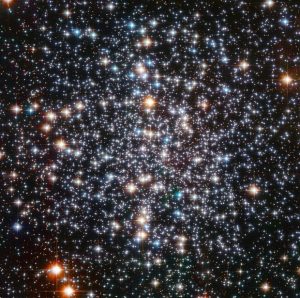 The Watchtower teaches that only the Father is Jehovah God.

Psalm 102:25-27 tell us that God is the Creator: “Long ago you laid the foundations of the earth, And the heavens are the work of your hands. They will perish, but you will remain; Just like a garment they will all wear out. Just like clothing you will replace them, and they will pass away. But you are the same, and your years will never end.”

That’s pretty clear, but Hebrews 1:8-12 tell us that’s the Father speaking of the Son: “8 But about the Son, he says… ’10 At the beginning, O Lord, you laid the foundations of the earth, and the heavens are the works of your hands. 11 They will perish, but you will remain; and just like a garment, they will all wear out, 12 and you will wrap them up just as a cloak, as a garment, and they will be changed. But you are the same, and your years will never come to an end.”

The Watchtower attempts to explain it this way:

…Paul here quotes Psalm 102:25-27, and applies it to Christ Jesus, whereas the psalm seems to be speaking of Jehovah. Trinitarians use this in an effort to prove Jehovah and Christ are interchangeable, are one in a triune god. However, we know that angels representing God were spoken of as though they were God, just as we know that Christ Jesus did the actual work of creation yet Jehovah is spoken of as the Creator, because Christ did it as Jehovah’s representative workman under God’s command and through God’s power. This point is even touched on in the context of the scripture we are here considering, Hebrews 1:2 (NW) speaking of Christ as the one “through whom he [Jehovah] made the systems of things”. So either Jehovah or Christ could be spoken of as making the heavens and earth, depending on the particular viewpoint taken in each case.—See The Watchtower, August 1, 1951, page 478.”[1]

The Witnesses might also tell you that a real estate developer says things like, “I built that skyscraper,” but we would know he wasn’t claiming he built it by himself.

You can show Witnesses the problem with that explanation by citing a scripture where God specifically states that he created the heavens and the earth all by himself.

Ask one of the Witnesses to read aloud Isaiah 44:24: “This is what Jehovah says, your Repurchaser, Who formed you since you were in the womb: ‘I am Jehovah, who made everything. I stretched out the heavens by myself, And I spread out the earth. Who was with me?’” (Watchtower’s New World Translation, emphasis added)

Ask them also to read aloud Isaiah 45:18: “For this is what Jehovah says, the Creator of the heavens, the true God, the One who formed the earth, its Maker who firmly established it, Who did not create it simply for nothing, but formed it to be inhabited: “I am Jehovah, and there is no one else.” (Watchtower’s New World Translation, emphasis added).

You can summarize all of this with the following soundbite: “Jehovah created the heavens and the earth through Jesus, yet Jehovah created them all by himself. That is totally contradictory unless Jesus, as well as the Father, is Jehovah God, which is exactly what Trinitarians believe.”

Have you ever discussed the identity of the Creator with Jehovah’s Witnesses? Do you think some of these soundbites might be helpful?