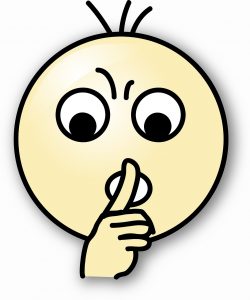 Watchtower judicial committees hold their hearings behind closed doors. According to the elders’ manual’s rules, significant information can even be withheld from persons who are vitally concerned with the facts.

This is surprising, given that the Watchtower has stated: “Jehovah’s Witnesses are in no sense a secret society. Their Bible-based beliefs are fully explained in publications that are available to anyone. Additionally, they put forth special effort to invite the public to attend meetings to see and hear for themselves what takes place.”[1]

The Watchtower has praised the openness of the Old Testament’s justice system: “Since the local court was situated at the city gates, there was no question about the trial being public! (Deut. 16:18-20) No doubt the public trials helped influence the judges toward carefulness and justice, qualities that sometimes vanish in secret star-chamber hearings. What about witnesses? Witnesses in Bible times were required to testify publicly.”[2]

Former Governing Body member Ray Franz wrote, “The principle was praised in the Society’s publications. In actual practice it was totally rejected. As Jesus said, “They say one thing and do another.’”[3]

Watchtower judicial committee hearings are held behind closed doors. Audio or video recordings of the proceedings are banned.[4] Although the accused is entitled to be present (except in cases where child victims are giving evidence), witnesses are required to keep the goings on confidential.[5]

Although you and I might conclude that some allegations or explicit testimony should be handled in private, in the Watchtower system neither the accused nor the victim have the right to an open judicial hearing.

Elders are cautioned in sexual assault or abuse cases to “avoid probing unnecessarily or repeatedly into the details of the abuse.”[6] However, a number of Witnesses have objected to violations of this principle by elders. Franz has stated: “Women experienced painful embarrassment in… hearings as they responded to the elders’ questions about the intimacies of their marital relations.”[7] Since hearings are conducted in private, other Witnesses have no idea how they are being treated.

The Watchtower has a double standard in the way it handles judicial hearings, depending on whether the accused Witness is male or female.

Because of male headship doctrines, except in cases where elders have concerns for a female Jehovah’s Witness’ safety, her Witness husband is supposed to be present at judicial committee hearings where she is the accused.[8]

However, unless the husband consents, a Jehovah’s Witness wife does not have the right to be present at a judicial committee formed to sit in judgment on her husband, even if the accusation is adultery.[9]

If the husband committed adultery, he has an obligation to inform his wife of the facts.[10] However, if he fails to do so, despite the fact that Jesus affirmed that husband and wife are “one flesh” (Matthew 19:5-6), the elders are directed to withhold confidential details from her:

The judicial committee should promptly inquire of the Christian wife as to what her husband has told her. If he refuses to inform her of his adultery, the elders should inform her that because of her husband’s conduct, it is up to her to decide whether to pursue a Scriptural divorce or not. Furthermore, they should inform the innocent mate that her resuming sexual relations with the guilty mate would negate any claim to Scriptural freedom. (See 12:71-76.) But they should not give her further details. On the other hand, the elders may ﬁnd that while the husband did confess adultery to his wife, he did not tell her the full extent of his wrong conduct and left out important information that the wife should know. The elders should not provide this conﬁdential information to the wife, but they can suggest that she speak with her husband again. Even if he does not tell her anything more, this will alert her to the fact that he is withholding information from her, and this may help her to determine whether to forgive or not.[11]

Witnesses are not entitled to know with whom the elders are consulting in connection with accusations against them, even if their identity is being revealed:

At times, complicated judicial cases may necessitate consultation with an experienced elder in another congregation or the circuit overseer. In such a situation, inform the wrongdoer that the decision is pending. Do not inform him that you will be consulting with parties outside of the judicial committee, which may at times include the branch oﬃce. While pertinent details may be discussed, names should not be used when discussing the case with another elder outside the congregation. However, when the circuit overseer is consulted or when circumstances require that the branch oﬃce be contacted, the judicial committee should reveal the names.”[12]

Why can’t the accused know what is going on? Evidently, the appearance of unity is more important to the Watchtower than transparency.

The Shifting Roles of Elders