Use Language Witnesses Will Understand 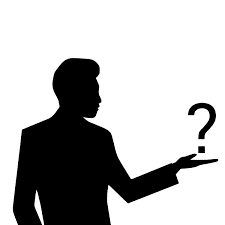 As you listen to Jehovah’s Witnesses talk, you will find them using Watchtower lingo—phrases like “the ransom sacrifice” and “Jehovah’s arrangement for salvation.”

After you get them to define their terms, it often helps to use the Watchtower expressions yourself, so long as you aren’t agreeing to doctrinal error by doing so.

For example, you might have them read aloud a passage of Scripture and then ask, “How do you think that verse relates to Jehovah’s arrangement for salvation?”

By doing that, you are helping them to read the Bible in context using terms that they identify with and understand.

It is also important to avoid the use of Christian expressions unless you are careful to explain exactly what you mean.

In church services and in our conversations with fellow Christians, we become so accustomed to hearing and using Christian terms that we sometimes forget that people outside the faith have no idea what we are talking about.

Unfortunately, in such situations our well-intentioned efforts to witness can come across as gibberish.

As I’ve mentioned in a previous post, author Ted Dencher says that Christian testimonies made no sense to him when he was a Jehovah’s Witness:

There are two ways to avoid this mistake.

First, think in advance about how your words will come across to someone from a totally different religious background.

Will they be readily understandable or would it be better say things differently?

Second, if you do decide to use a Christian expression, solicit the Witnesses’ feedback by saying something like, “I’m not sure if that came across very well. Was what I said clear or confusing?” In this way, you are make sure that you are getting your points across.

Sometimes, what expression you should use depends on which direction you want the conversation to go.

For example, should you use the word “Hell”?

If you use the word “Hell” and make it clear that you are speaking of it as a place of everlasting, conscious punishment of the unrepentant, you are going to get into a contentious discussion with Witnesses over whether there is such a place.

To Jehovah’s Witnesses, “hell” is nothing more than the grave.

They view the very concept of everlasting torment of the wicked to be a disgusting slander on the image of the loving Jehovah, who—in their mind—would never create such a place.

I’m certainly not against declaring the whole counsel of God, and if you want to focus your discussion on the realities of Hell, go for it.

But if your desire is to warn the Witnesses of their personal need to come to Christ for salvation from their sins, it’s far more effective to talk in terms of “the condemnation of death” and bypass—at least for the present—the specifics of what failure to be saved entails.

You will get across the point of divine justice in terms that the Watchtower uses itself and you’ll avoid getting into an argument about the nature of that judgment.

I wouldn’t mind knowing what “Jehovah’s Arrangement for Salvation” is. I have the WT publication “Good News from God and in spite of the CRUCIAL nature of the first point, Not ONE WORD was mentioned about JESUS and what HE did on our behalf. I recalled asking one JW about this issue, back in ye old pre-covid days of 2019 and the lady said something about the order of the magazine. Not sure what that reasoning had to do with the matter of SALVATION. Hopefully, this summer will afford me the opportunity to rekindle that conversation, though, somehow, I’m guessing… Read more »
Reply   -   Share