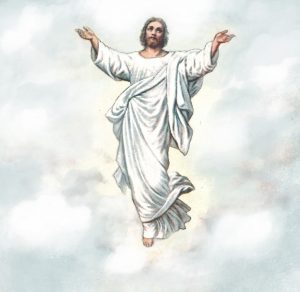 The Watchtower has a number of arguments to convince you that in Bible times, only Jesus went to heaven.

Jehovah’s Witnesses often say, “Even King David didn’t go to heaven.” They use as a proof text Acts 2:34: “For David did not ascend to heaven …”

Ask them to read aloud and explain the context of the passage. Peter was making the point that when David wrote in Psalm 16:10 that God would not let his holy one corrupt and “see decay,” he wasn’t talking about himself at all. David’s body did corrupt and decay, and his tomb was still there. Rather, David was prophesying about the resurrection and ascension to heaven of the Messiah, Jesus Christ. Peter used that prophecy to show his fellow Jews that Jesus’ resurrection had been prophesied by King David himself. The topic under discussion had nothing to do with whether David would end up in heaven or on earth after his own resurrection.

If they ask, “Do you believe King David is in heaven now?” the best way to answer is to say, “Yes, but that’s not the same thing as David’s body being resurrected, and the topic Peter is discussing in his sermon in Acts is the resurrection of the body.”

Sometimes Witnesses will point out that Jesus told Nicodemus in John 3:13 that no one has gone to heaven except the Son of Man. Does this mean that everyone in the Old Testament was part of an earthly class? No, Jesus wasn’t discussing the resurrection of the dead or where people would be located in eternity.

Let’s examine the immediate context of verse 13. In John 3:11-13, after telling Nicodemus about people’s need to be born again, Jesus added, “I tell you the truth, we speak of what we know, and we testify to what we have seen, but still you people do not accept our testimony. I have spoken to you of earthly things and you do not believe; how then will you believe if I speak of heavenly things? No one has ever gone into heaven except the one who came from heaven – the Son of Man.”

Jesus’ point is that, although the Pharisees had difficulty accepting his testimony, in fact he knew what he was talking about. The Pharisees didn’t accept what Jesus told them about earthly things, such as their need for a spiritual transformation. Such truths were comparatively easy to understand. How would they accept what he said about heavenly things, deep truths that went beyond human experience? No human being had ever ascended to heaven and returned to explain such things. Their only reliable source of information regarding such matters was Jesus himself, the one who came down from heaven.

Have Jehovah’s Witnesses ever confused you with these quotations? Do you find my responses helpful?

(Photo by Waiting for the Word, https://www.flickr.com/photos/waitingfortheword/5671120531)

Refuting Watchtower Arguments: “Only a Little Flock Will Go to Heaven”