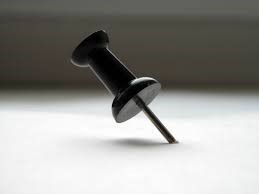 Good investigators know that before you confront a witness with an inconsistency, you first have to pin them down to their basic story.

Otherwise, they just wriggle off the hook.

A similar principle applies in getting through to Jehovah’s Witnesses.

If you don’t pin them down, they can believe contradictory teachings and not even realize it. They’ll just jump from one inconsistent thought to another. (We probably do this at some point.)

The key is to pin them down in a non-threatening way.

With regard to its discussion of the resurrection, page 77 of the Watchtower book What Can the Bible Teach Us? quotes Jesus as saying in John 5:28-29 “all those in the Memorial tombs will hear his voice and come out.” (boldface original)

Yet, just three paragraphs later, page 79 contradicts that statement by telling us: “Jesus said that some people would not be brought back to life… Anyone who is judged as wicked and unwilling to change will not be resurrected.”

If you look that verse in the Watchtower’s translation, it reads, “But I will show you whom to fear: Fear the One who after killing has authority to throw into Gehenna.”

Because it considers Gehenna (hell) to be symbolic of annihilation and not conscious, everlasting punishment, it concludes that Jesus meant that unrepentant wicked people will never be resurrected.

It’s important that you pin them down first. If you don’t, it’s possible that you won’t be able to get them to see the contradiction at all.

In order to show Witnesses the contradiction between the teachings on pages 77 and 79, first pin them down to agreeing with what page 77 states, that all those in the Memorial tombs will be resurrected.

You can do this by asking them what “all those in the Memorial tombs will hear his voice and come out” means.

Take it phrase by phrase if necessary.

One they have voiced its meaning (that “all” means all), then you can tell them that you are confused because page 79 seems to say the opposite.

Ask them to help you understand.

Example #2: Showing a flaw in the Watchtower’s teaching about the new birth

The Watchtower teaches that when Jesus talked with Nicodemus about the new birth in John 3, he was introducing a completely new teaching—that if Nicodemus and 143,999 others would get “born again,” they would one day go to heaven in spirit form and reign with him.

In order to refute that interpretation, it’s important that you pin down Jehovah’s Witnesses first by getting them to acknowledge that that’s what they believe.

Sometimes you can get them to go beyond acknowledging that belief to actually defending it by making use of the fact that they also believe that faithful Old Testament Israelites expected to live on a paradise earth someday rather than going to heaven.

Once you have pinned them down to that position, you can show them from Jesus’ expression of surprise in John 3:10 that he wasn’t introducing a new two-class salvation system at all.

Here’s a sample dialogue to show you how I would go about this.

Christian: In John 3, Jesus doesn’t say anything to Nicodemus about some people going to Heaven and some people not, does he?

Jehovah’s Witness: Not in so many words, but that’s what he meant!

Christian: Do you think Nicodemus understood when Jesus talked about seeing the Kingdom of God that he was talking about going to Heaven some day?

Jehovah’s Witness: I’m not sure what you mean.

Christian: Well, as a Pharisee schooled only in the Old Testament scriptures, did Nicodemus have any expectation of going to Heaven in spirit form some day?

Christian: How do you know that?

Christian: Are you saying that Nicodemus would have been looking forward to living forever in paradise on earth rather than hoping to go to Heaven?

Jehovah’s Witness: Exactly! Christendom doesn’t understand that. As Psalm 115:16 says, “As for the heavens, they belong to Jehovah, But the earth he has given to the sons of men.”

Christian: Am I correct, then, that the Watchtower believes that Jesus was introducing a whole new concept to Nicodemus—that he and some other anointed ones needed to be born again and that if they were, then they would someday live in Heaven in spirit form and rule alongside him?

Christian: Now, please read aloud verse 10, because it’s Jesus’ response that leads me to believe the Watchtower’s understanding of the new birth is wrong, and I’d like to get your take on it.

Jehovah’s Witness: “Jesus replied: ‘Are you a teacher of Israel and yet do not know these things?’”

Christian: Do you see my point?

Jehovah’s Witness: No, I don’t.

Christian: Well, if—here in John 3—Jesus was introducing a totally new teaching that some people will go to Heaven in spirit form rather than living in paradise on earth in physical form, why in the world would he be surprised that Nicodemus didn’t already know that? There’s no way Nicodemus could have known that already! Doesn’t that mean that Jesus must have been talking about something else—something an Old Testament scholar should have known and understood?

Christian: I believe when Jesus told Nicodemus “you people must be born again,” he was saying that in order to be saved and cleansed from our sins, all human beings need a spiritual rebirth, an inner transformation by the Holy Spirit. That’s the only way any of us can meet Jehovah’s righteous standards. That’s something he would expect an Old Testament scholar like Nicodemus to know and understand. Wouldn’t you agree?

Both examples show the importance of pinning Witnesses down before making your point.

They also show how you can do it in a non-threatening manner as a questioning student.

3 Comments on "Pin Them Down"

There’s the thing. Pinning the JW to a specific point and keeping them there. Whenever they feel uncomfortable or can’t answer a question, they either call the person an apostate (so far, that hasn’t happened to me) or they refer the questioner to jdub.org .

Those are great research questions to look up! Thanks.

To Johanna O, I agree. They also try to change the subject. I think when I was a JW I had a hard time explaining WT theology because I only knew proof texts. I feel I am putting a lot of effort into Bible reading and study. I now know that Jesus is God not a god, that Holy Spirit is a person not a power like electricity, that acknowledging those two things brings you to undeniable Trinity belief. I learned that I should partake of emblems bread and red wine, therefore my hope is to be with Christ in… Read more »
Reply   -   Share

Dear Betty, Eternal torment is a hard truth. But don’t be perplexed by it. Your beliefs about hell do not have any real bearing on your salvation. If you are a true believer, your debt/penalty is paid for by Jesus. But we are still left with that lingering question of what DOES happen to those who have not believed and been truly saved? For this we can only look to 2 things: what scripture teaches about hell/punishment, and what we know of the character of God. I find that many people struggle with what the Bible teaches on hell, because… Read more »
Reply   -   Share