Establishing the Superiority of the Bible 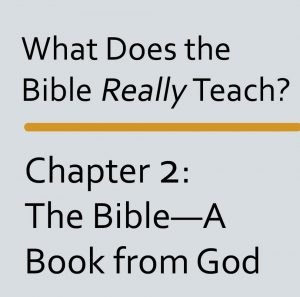 As Christians, we can build rapport with the Witnesses by agreeing with them on these points, but I recommend also using a technique that Evidence Ministries president Keith Walker calls “stuffing aces.”

He explains: “…I do a great deal of setting up for future meetings. If the Witness mentions something that I think I can use later as a teaching opportunity, I will ask a few clarifying questions to make sure I understand what was said and then I remember it for an opportune time. It is a technique I call, ‘stuffing aces’ as in when a card player cheats by hiding an ace up his sleeve to use later in the game.”

Here are some “aces” you can “stuff” for use later in later chapters.

“Ace” #1: Watchtower literature is neither infallible nor inspired as is the Bible

Ask the Witnesses how God was able to enable fallible human beings to write infallible books. “Bible Teach” gives the analogy of a businessman who has his secretary write a letter that contains his thoughts and instructions (paragraph 5, pp. 19-20).

Rather than arguing with this analogy, ask if Jehovah is still capable of inspiring modern day writings in a similar manner. They will have to say yes.

Then ask if, in fact, God has inspired Watchtower books or magazine articles such as the Mormons claim for the Book of Mormon, Doctrine and Covenants and the Pearl of Great Price.

Witnesses will say no.

You might also inquire as to why they think he hasn’t done so, given how important it is for us to hear from him in these last days.

Most likely, they will tell you that the Bible is all the revelation we need.

Your objective in all of this to plant seeds that will help them to see later that Watchtower literature is not on a par with the Bible and that God does not need a fallible organization in the last days to explain the infallible Scriptures.

Paragraph 9 (p. 21) states: “In contrast to secular historians, who do not often mention the defeats of their own people, Bible writers were honest, even recording their own failings and those of their own nation…Such honesty is rare in other historical accounts but is found in the Bible because it is a book from God.”

Ask the Witnesses to explain to you the importance of honesty, both in terms of representing Jehovah to others and in terms of building credibility for the statements one makes.

Why is this point an “ace” you can “stuff” for future use?

It’s too soon in your “Bible Teach” study to use The False Prophecies Approach from my book. However, if you have read all of “Bible Teach” beforehand (as I recommended), you will know that in Chapter 8 (paragraph 23, pp. 84-85) the Watchtower makes the following claim: “During the 19th century, sincere Bible students calculated that the waiting period [for God’s Kingdom to come] would end in 1914… World events that began in 1914 confirm that the calculation of these sincere Bible students was correct.”

When you reach that quotation, you will be able to use The False Prophecies Approach from my book, Getting Through to Jehovah’s Witnesses: Approaching Bible Discussions in Unexpected Ways, to show the Witnesses that what their organization really taught back then was that “…we consider it an established truth that the final end of the kingdoms of this world and the full establishment of the Kingdom of God, will be accomplished by the end of A.D. 1914.”

Paragraph 17 of Chapter 2 (p. 25) states, “Considering how the Bible is a book of reliable prophecy is faith strengthening, is it not? After all, if Jehovah has fulfilled his past promises, we have every reason to be confident that he will also fulfill his promise of a paradise earth.”

A footnote refers you to the Appendix, “Jesus Christ—The Promised Messiah” (pp. 199-201), which spells out 17 Messianic prophecies from Genesis to Zechariah which were fulfilled by Jesus.

The False Prophecies Approach is quite confrontational, and I don’t recommend that you use it at this early stage.

Instead, “stuff aces” for later, after you have developed a rapport with the Witnesses. For now, just ask them to explain to you why they consider fulfilled prophecies to be so important. Why is 100% accuracy so important in the area of Bible prophecy?

Having established this foundation, when you do use The False Prophecies Approach later, remind them of what they said about how fulfilled prophecy gives us confidence in Jehovah and his promises and ask them if they can see how the Watchtower’s failed prophetic speculations and claims have led you to doubt the Watchtower’s reliability.

Whether they admit it to you or not, the contrast between the Bible’s reliability and the Watchtower’s unreliability will be all the more vivid.

Final Point: The Bible has no equal

Similar to my suggestion at the close of Chapter 1, so also here you can say, “I agree that the Bible is unique and ought to be read, studied, and loved. So why don’t we change what we are doing and just study the Bible itself?”

How Close Can We Get with God?

The Problem of Sin