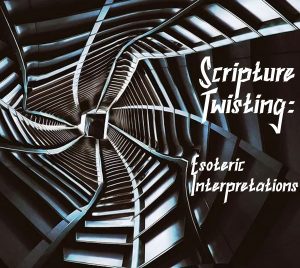 The esoteric interpretation error may be defined as follows: “Under the assumption that the Bible contains a hidden, esoteric meaning which is open only to those who are initiated into its secrets, the interpreter declares the significance of biblical passages without giving much if any explanation for his or her interpretation.”[1]

The first part of the definition refers to “the assumption that the Bible contains a hidden, esoteric meaning which is open only to those who are initiated into its secrets.”

Throughout its history, the Watchtower has claimed to be the only organization in the last days that truly understands the Bible and serves as Jehovah’s channel of communication to the world (emphasis added in quotations).

The second part of the definition states: “…the interpreter declares the significance of biblical passages without giving much if any explanation for his or her interpretation.”

An example of this sort of unexplained, esoteric interpretation is the Watchtower’s teaching about the seven trumpets of Revelation 8-11 which appears on page 172 of its 1988 book,  Revelation—Its Grand Climax at Hand!”

When the sounding of the seven trumpets got under way in 1922, the Bible Students’ convention at Cedar Point, Ohio, featured a talk by J. F. Rutherford based on the scripture “The kingdom of heaven is at hand.” (Matthew 4:17, King James Version) He concluded with these words: “Then back to the field, O ye sons of the most high God! Gird on your armor! Be sober, be vigilant, be active, be brave. Be faithful and true witnesses for the Lord. Go forward in the fight until every vestige of Babylon lies desolate. Herald the message far and wide. The world must know that Jehovah is God and that Jesus Christ is King of kings and Lord of lords. This is the day of all days. Behold, the King reigns! You are his publicity agents. Therefore advertise, advertise, advertise, the King and his kingdom.” God’s Kingdom by Christ Jesus was brought to the fore, and that set off the great surge of Kingdom preaching that has included the judgments heralded by the sounding of all seven of the angelic trumpets.

The trumpet blast of the seventh angel was reflected in highlights of the Bible Students’ convention in Detroit, Michigan, July 30-August 6, 1928. At that time 107 broadcasting stations were tied in to what The New York Times described as ‘the most extensive and expensive radio hook-up in history.’ The convention enthusiastically adopted a powerful “Declaration Against Satan and for Jehovah,” pointing to the overthrow, at Armageddon, of Satan and his evil organization and the emancipation of all who love righteousness. Loyal subjects of God’s Kingdom were delighted to receive a convention release, the 368-page book Government. This supplied the clearest of proofs “that God set his Anointed King upon his throne in 1914.”

A number of ex-Jehovah’s Witnesses on online forums have cited this particular example of the control the Watchtower exercised over their minds.

They say things like, “How did we ever buy into the claim that the seven trumpets of Revelation referred to Watchtower conventions held in the 1920s? It’s ludicrous!”

The answer is that once you accept the claim that the Watchtower is Jehovah’s only channel of communication today, you believe whatever they tell you.

In talking with Jehovah’s Witnesses, I think the error of esoteric interpretation can best be demonstrated by example.

Find some unsupported assertions like this in Watchtower literature and say to the Witnesses:

When it comes to WT publications, the Bible takes a back seat with dyed in the wool jw’s. Last year, I was doing a ‘study’ with two jw’s, man and woman and we were going through the book, “What does the Bible ‘REALLY’ Teach?” I was just about crawling out of my skin with boredom and kept asking if we could have a BIBLE study. I wanted to do a study in the Gospel of John. Good luck with that. The study facilitator said that the booklet answered all the questions that a study of the Bible would do. In… Read more »
Reply   -   Share

I’ve been wondering how the lack of constant meetings and witnessing will affect Witnesses, if it will lessen the effects of indoctrination. I understand they are still watching on Zoom and being required to observe Kingdom Hall dress codes while watching from their own homes.