Is It Wrong to Celebrate Birthdays? 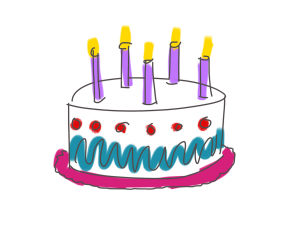 The Watchtower prohibits Jehovah’s Witnesses from celebrating birthdays. Witness children are not allowed to attend birthday parties of non-Witness friends, nor are they allowed to give or receive birthday presents or cards.

I wouldn’t raise this issue for discussion because it’s not a salvation matter. However, if Witnesses insist on talking about it, I recommend that you show them from the Scriptures that what days a Christian does or does not celebrate is a matter for the individual’s conscience, not for organizational rule-making.

When the Witnesses tell you that genuine Christians do not celebrate birthdays, ask one of them to read aloud Romans 14:5-6, which sets out an explicit New Testament principle regarding the observing of days.

You can say something like this: “I really don’t care whether Jehovah’s Witnesses celebrate birthdays or whether they don’t. Romans 14:5-6 indicates that we should not judge each other based on what days we do or do not celebrate. But it seems to me that the Watchtower does pass judgment on such things and leads Jehovah’s Witnesses to believe that their behavior is more acceptable to God than the behavior of those who view such matters differently. Given this principle that what days a Christian does or does not observe is a matter of individual conscience, why does the Watchtower require all Jehovah’s Witnesses to think and act alike with regard to birthdays?”

The Witnesses will give you a couple of Watchtower arguments. Here is what you can expect them to say, along with my recommendations about how to respond.

Watchtower Argument #1: Birthdays in the Bible

The Watchtower book Reasoning from the Scriptures states: “Jehovah’s Witnesses take note that God’s Word reports unfavorably about birthday celebrations and so shun these.” It is referring to two passages of Scripture.

Genesis 40:20-22 says that it was on his birthday that Pharaoh hanged his chief baker.

Matthew 14:6-10 tells us that Herod’s birthday was the occasion for his beheading of John the Baptist.

The Watchtower notes that the Romans celebrated the birthdays of the goddess Diana and of the god Apollo. From this, it concludes that birthday celebrations were associated with paganism, not with Christianity.

“Also, some ancient societies worshiped cats. Others worshiped dogs. Does that mean I’m entangling myself in paganism if I have cats or dogs as pets? Of course not. Just because some Romans celebrated the birthdays of false gods and goddess doesn’t mean that I am worshiping those deities because I happen to give or receive birthday presents.”

Witnesses will sometimes point out that pagans lit candles in order to bring good fortune, similar to their practice of offering sacrificial fires to their gods.

To that I would reply, “And Jehovah included the lighting of a lampstand among the temple duty of the Levitical priests. So the lighting of candles isn’t necessarily pagan, is it?”

You can sum up this way, “I’m not trying to persuade you to celebrate birthdays. If your conscience would be defiled, then don’t celebrate them. But please follow Romans 14 and stop passing judgment on those of us who view the celebrating of birthdays differently than you do.”

Have you had Jehovah’s Witnesses tell you that Jehovah is displeased by the “pagan” practice of celebrating birthdays? What do you think is the best way to respond?

Stage 6 of a Witnessing Relationship: Scenario 2: Walking Away