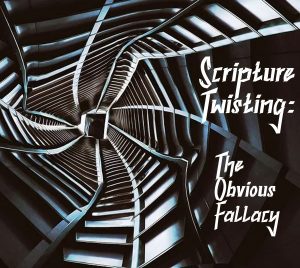 The “obvious fallacy” occurs when “words like absolutely, undoubtedly, certainly, it is only reasonable to conclude and so forth are substituted for logical reasons.”[1]

Using such words or phrases isn’t always wrong, but we need to be careful to examine whether they are being used as a substitute for evidence and logic.

Example #1: Where did the concept that a spirit part of man survives physical death originate?

“After Jehovah warned our first parents that disobedience would bring death, who contradicted that? “The serpent [used by Satan; see Revelation 12:9] said to the woman: ‘You positively will not die.’” (Gen. 3:4) Later, of course, Adam and Eve did die. Reasonably, then, who invented the idea that a spirit part of man survives the death of the body?” (Reasoning from the Scriptures, 1985, p. 101)

“At 1 Thessalonians 4:16 (RS), the command of Jesus Christ for the resurrection to begin is described as “the archangel’s call,” and Jude 9 says that the archangel is Michael. Would it be appropriate to liken Jesus’ commanding call to that of someone lesser in authority? Reasonably, then, the archangel Michael is Jesus Christ. (Interestingly, the expression “archangel” is never found in the plural in the Scriptures, thus implying that there is only one.)” (Reasoning from the Scriptures, 1985, p. 281)

In the Watchtower translation, Jesus’ says the following in Matthew 34:44-41:

On this account, you too prove yourselves ready, because the Son of man is coming at an hour that you do not think to be it. 45 “Who really is the faithful and discreet slave whom his master appointed over his domestics, to give them their food at the proper time? 46 Happy is that slave if his master on coming finds him doing so! 47 Truly I say to you, he will appoint him over all his belongings. 48 “But if ever that evil slave says in his heart, ‘My master is delaying,’ 49 and he starts to beat his fellow slaves and to eat and drink with the confirmed drunkards, 50 the master of that slave will come on a day that he does not expect and in an hour that he does not know 51 and he will punish him with the greatest severity and will assign him his place with the hypocrites. There is where his weeping and the gnashing of his teeth will be.

The Watchtower teaches that this is a prophecy about a “faithful and discreet slave” organization (the Watchtower Bible and Tract Society) that Jesus has now put in charge of all his earthly affairs.

It says as follows:

Words like absolutely, undoubtedly, certainly, it is only reasonable to conclude aren’t always used wrongfully, but they should be red flags that lead us to examine what follows very carefully to see if it really is as undeniable as claimed.

If it isn’t and if the subject is an important one, then we need to raise the issue with Jehovah’s Witnesses and offer credible, biblical alternatives for them to consider.

Bible Interpretation, Death and Resurrection, Faithful and Discreet Slave, The Nature of God