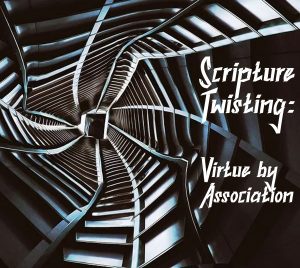 When criticized for errors it has made or for changing its doctrines, occasionally the Watchtower admits that its writings aren’t infallible or inspired like the Bible.

However, these moments of humility are dwarfed by the sweeping authority over the lives of Jehovah’s Witnesses which it claims God has given it. In effect, it places its own writings on a par with or even above the Bible, while denying that it does so.Sire calls this the error of “virtue by association,” which he defines as “either (1) a cult writer associates his or her teaching with those of figures accepted as authoritative by traditional Christians; (2) cult writings are likened to the Bible; or (3) cult literature imitates the form of the Bible.”[1]

I will give you a number of examples of how the Watchtower has done this in order to show that we are not dealing with one or two isolated instances.

Here are some examples of comparisons between its literature and the Bible which it has made throughout its history (emphasis added):

As we study the Bible we learn that Jehovah has always guided his servants in an organized way. And just as in the first century there was only one true Christian organization, so today Jehovah is using only one organization. (Ephesians 4:4, 5; Matthew 24:45-47) Yet there are some who point out that the organization has had to make adjustments before, and so they argue: “This shows that we have to make up our own mind on what to believe.” This is independent thinking. Why is it so dangerous?

Such thinking is an evidence of pride. And the Bible says: “Pride is before a crash, and a haughty spirit before stumbling.” (Proverbs 16:18) If we get to thinking that we know better than the organization, we should ask ourselves: “Where did we learn Bible truth in the first place? Would we know the way of the truth if it had not been for guidance from the organization? Really, can we get along without the direction of God’s organization?” No, we cannot!—Compare Acts 15:2, 28, 29; 16:4, 5.” (Watchtower, 1/15/1983, p. 27)

In discussing this subject with Jehovah’s Witnesses, it’s important to make sure that they see the magnitude of the claims the Watchtower makes for its literature.

One effective way to get copies of this literature is to give the Witnesses the citations and ask you to bring you copies so you can all see for yourself what it really says. That way, they will know that what you are examining is authentic.

Here are the main concerns you want to leave with Jehovah’s Witnesses:

3 Comments on "The Watchtower Claims Virtue by Association"

Mr England – love your WT articles, I look forward to my emails from you. Here is a suggestion for a topic. In 2012 the Governing Body (GB) announced only they the 8 members of GB were the Faithful and Discreet Slave. For over 100 years it was the 144,000 who were the Slave. This was a change motivated for power and control. Another idea for a subject is the teaching of ‘overlapping generations’ , which was an absurd speculative unscriptural doctrine designed to prop up the 1914 teaching. Bless you, you helped so much in my awakening, keep up… Read more »
Reply   -   Share

Mr. England, I too look forward to these emails. Relating to the JW Organization I often think of J. Vernon McGee’s comment, “All heresy boasts of superior knowledge.”