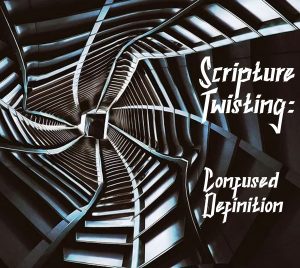 “Confused definition” means, “A biblical term is misunderstood in such a way that an essential biblical doctrine is distorted or rejected.”[1]

I won’t go into detail refuting each one. Rather, my goal will be to identify them so you will know the sort of thing to look out for.

On page 333 of Reasoning from the Scriptures (1984), the Watchtower correctly states: “Anastasis, the Greek word translated ‘resurrection,’ literally means ‘a standing up again’ and it refers to a rising up from death.”

But two sentences later it goes off track by inserting its own doctrines: “Resurrection involves a reactivating of the life pattern of the individual, which life pattern God has retained in his memory. According to God’s will for the individual, the person is restored in either a human or a spirit body and yet retains his personal identity, having the same personality and memories as when he died.”

Notice that the Watchtower explanation confuses matters by contradicting the definition it gave in the first sentence:

In Reasoning from the Scriptures, 1984, p. 380, the Watchtower states that the Hebrew and Greek words for “spirit” (ruach and pneuma) “are used with reference to (1) wind, (2) the active life-force in earthly creatures, (3) the impelling force that issues from a person’s figurative heart and that causes him to say and do things in a certain way, (4) inspired utterances originating with an invisible source, (5) spirit persons, and (6) God’s active force, or holy spirit.”

This is a typical Watchtower tactic. They cite Hebrew and Greek words. They include some meanings that are not objectionable. Then they add in meanings [(2) and (6) above] which are definitions of their own creation which are contrary to scripture.

It repeats these definitions so often that Jehovah’s Witnesses think the Bible actually uses them. Even people who are just studying with Witnesses often quickly come to accept the definitions, not realizing that the Bible uses the terms quite differently.

In the Bible, the new birth is an action by God by which a sinner is changed from the inside out and so is saved.

However, the Watchtower doesn’t mean that at all.

On page 76 of Reasoning from the Scriptures (1984), the Watchtower states: “Being born again involves being baptized in water (“born from water”) and begotten by God’s spirit (“born from . . . spirit”), thus becoming a son of God with the prospect of sharing in the Kingdom of God. (John 3:3-5) Jesus had this experience, as do the 144,000 who are heirs with him of the heavenly Kingdom.”

In Watchtower teaching, the new birth is God’s way of designating a person for spirit life in heaven, something the Watchtower says Jesus needed to have, even though he was sinless.

Elsewhere, the Watchtower adds this comment: “A relatively small number of Christians look forward to receiving ‘an incorruptible and undefiled and unfading inheritance’—the priceless privilege of ruling with Christ in heaven. (1 Pet. 1:3, 4) To receive that inheritance, these individuals must be ‘born again.’ (John 3:1-3)” (Watchtower, 5/15/2013, p. 27)

This is another example of the Watchtower inculcating its aberrant doctrines though the use of non-biblical definitions of Bible words and phrases.

Here are suggestions for detecting and avoiding the “confused definition” error.

When talking with Jehovah’s Witnesses:

In other words, be sure both you and the Witnesses understand what you are talking whenever you talk about it.

Bible Interpretation, Death and Resurrection, Salvation, The Nature of God

Irony of ironies, Covid has kept JW’s from being at their carts this spring/ summer season. Fewer people to be deceived. Another definition they get hung up on is Firstborn. In the context of Christ in Colossians 1:15, they make a dog’s breakfast out of it; insisting Jesus was the first being ‘Jehovah’ created. They even play hopscotch with Phil 2:5-11; skipping verse 6, completely messing with the text. It definitely takes the Holy Spirit to get through to them when even the most obvious texts go over their heads.
Reply   -   Share