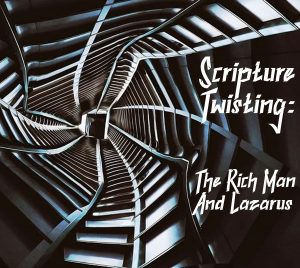 There I looked at how the Watchtower, in its 1917 book, The Finished Mystery, made this error and came up with a now-abandoned teaching about there being four degrees of salvation, a doctrine which Jehovah’s Witnesses today would consider both wrong and fanciful.

Today, I want to look at how the Watchtower makes a similar mistake when interpreting Jesus’ account of the rich man and Lazarus (Luke 16:19-31).

Other scholars consider it to be a parable describing what happens both to the saved and the unsaved after death.

However, the Watchtower goes far beyond this, turning it into an allegory in which virtually everything is symbolic. (They do this because they don’t believe in conscious existence after death or in torment as a punishment for the wicked).

Here is what the Watchtower teaches that the various elements of the story symbolize:[2]

It’s safe to say that the Watchtower didn’t get its interpretation by researching what these expressions meant to first century Jews or by finding an explanation in the Bible text itself. Instead, it created its own meaning out of whole cloth.

There are several ways to address this error with Jehovah’s Witnesses, but it is more difficult when dealing with current doctrine than with a teaching the Watchtower has itself abandoned.

Here is what I recommend:

I have done a series of posts specifically dealing with the rich man and Lazarus. Here are their titles along with links:

Wow: Jesus’ followers are supposed to water down the message. Interesting corruption.