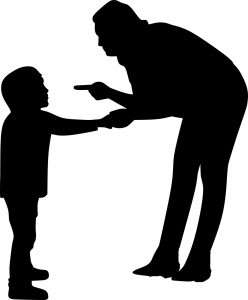 In the Watchtower system, if the elders form a judicial committee and have a hearing which establishes serious wrongdoing on the part of a Jehovah’s Witness in their congregation, they have to decide what sanction to impose. They have three options: private reproof, public reproof, or disfellowshipping.

Reproof is “that which is designed to convince others of their having erred, in order to move them to acknowledge their mistakes and correct these.” Accordingly, reproof is to include the elders’ showing the wrongdoer “the seriousness of the wrongdoing and the minor sins that may have led up to it.”[2]

The Watchtower sees Matthew 18:15-17 as establishing that the principle of “avoiding unnecessary publicity should apply in all cases, whatever the particular type of wrongdoing involved.”

Additionally, the Watchtower encourages Witnesses to openly confess their sins to the elders in order to obtain spiritual help: “How encouraging toward ‘openly confessing sins to one another’ if the sincerely repentant wrongdoer knows that those to whom he confesses are primarily interested in helping him ‘get healed’ of his spiritual illness. On the other hand, if such a repentant one felt that they would automatically deal with him as meriting a reprimand before the whole congregation as a ‘practicer of sin,’ the effect might be quite different.”[3]

The problem is that the sinful Witness doesn’t know that the matter will remain private. Will they respond to his overture as confidential spiritual counselors, or will they form a judicial committee and put him on trial?

What are “judicial restrictions”? In a previous  post, Watchtower “Privileges”, I documented that almost every congregational activity of Jehovah’s Witnesses are considered “privileges,” and the elders determine what privileges will be suspended and what conditions will be imposed.

Because of this, even if the reproof is supposed to be private, other Witnesses are likely to know that the person was summoned before a judicial committee, and they are bound to notice the person’s reduced involvement at the meetings.

Despite all this, the official position is that reproof is not considered as probation, and the restrictions are not considers as terms of probation. Rather, the Watchtower considers them to be loving restrictions imposed on a spiritually weak person in order to aid in recovery.[7] How the reproved person views all this may be completely different, of course.

Reproof should also be public if the “judicial committee has speciﬁc reasons to believe that the congregation needs to be on guard concerning the repentant wrongdoer. For example, in a case involving child sexual abuse, announcing the reproof of a repentant wrongdoer will serve as a protection for the congregation.”[9] (The practical problem is that because the Watchtower requires at least two eyewitnesses to prove wrongdoing[10] or to substantiate a confession[11], proving such abuse is often impossible.)

In the next post, we will look at what the Watchtower means by “public reproof.”