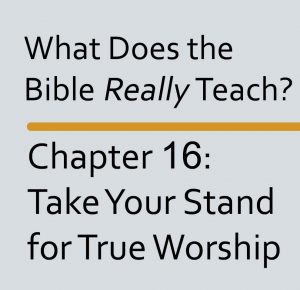 Anticipating objections, paragraph 12 (p. 159) of Chapter 16 of “Bible Teach” states, “Do origins really matter? Yes! To illustrate: Suppose you saw a piece of candy lying in the gutter. Would you pick up that candy and eat it? Of course not! That candy is unclean. Like that candy, holidays may seem sweet, but they have been picked up from unclean places. To take a stand for true worship, we need to have a viewpoint like that of the prophet Isaiah, who told true worshippers: ‘Touch nothing unclean!’—Isaiah 52:11.”

As I commented in The Christian Freedom Approach (p. 224) from my book, Getting Through to Jehovah’s Witnesses: Approaching Bible Discussions in Unexpected Ways, I recommend that you respond something like this:

I’m sure that pagans engaged in many practices common today such as exchanging wedding rings and celebrating wedding anniversaries. Does that mean it displeases God when we exchange rings and celebrate our wedding anniversaries? Of course not. It seems to me that the same principle applies to celebrating holidays. But if such celebrations trouble your conscience, then don’t celebrate them. My own conscience doesn’t bother me with regard to these matters because I know I am not worshipping pagan deities in my celebrations.

It would be hard for me to imagine a stronger pagan connection than eating meat that has just been offered in sacrifice on a pagan god’s altar. But in 1 Corinthians 8, Paul says it’s the person with a weak conscience who is troubled by such things. Help me understand why it’s okay to eat meat I know a pagan offered on his idol’s altar three hours ago but wrong to celebrate Jesus’ resurrection because pagans worshipped a false goddess at Easter 3000 years ago.

You can also look at a blog post entitled, “Are Holidays Evil?”. There, I made the following point regarding pagan connections to wedding rings:

It’s my understanding that ancient Egyptians first exchanged wedding rings and placed them on the fourth finger of the left hand because they believed that finger housed a special vein that was connected directly with the heart. The Romans called it the Vena amoris. Christians didn’t start exchanging wedding rings until about 860 A.D. Does that mean it displeases God when we exchange rings like those pagans did? Of course not.

Pagan origins don’t seem to trouble the Watchtower there. Why not? In an article in the January 15, 1972 issue, The Watchtower specifically stated, “It is thus seen that the precise origin of the wedding ring is uncertain. Even if it were a fact that pagans first used wedding rings, would that rule such out for Christians? Not necessarily. Many of today’s articles of clothing and aspects of life originated in pagan lands. The present time divisions of hours, minutes and seconds are based on an early Babylonian system. Yet, there is no objection to a Christian’s using these time divisions, for one’s doing so does not involve carrying on false religious practices.”

Ask the Witnesses, “Why aren’t the exchanging and wearing of wedding rings, the wearing of clothing items, and the use of time divisions just as much ‘false religious practices’ as celebrating various holidays? Because the Watchtower says they aren’t.  If similarities of pagan and modern holiday celebrations trouble your conscience, then don’t celebrate them. My own conscience doesn’t bother me with regard to these matters because I know I am not worshipping Saturn, Janus, Juno, or any of those pagan gods or goddesses in my celebrations.”

Take them to 1 Corinthians 8, where Paul discussed eating meat offered to idols. It would be hard to imagine a stronger pagan connection than eating meat that has just been offered in sacrifice on a pagan god’s altar. But in 1 Corinthians 8:4, Paul says that an idol is really nothing.

Have one of the Witnesses read aloud 1 Corinthians 8:7-8: “But not everyone knows this. Some people are still so accustomed to idols that when they eat such food they think of it as having been sacrificed to an idol, and since their conscience is weak, it is defiled. But food does not bring us near to God; we are no worse if we do not eat, and no better if we do.”

Next week, we will look at the extent to which the Watchtower organization controls the lives of Jehovah’s Witnesses.

Wow! Thank you so much ❤️

You’re welcome! Thanks for your interest.