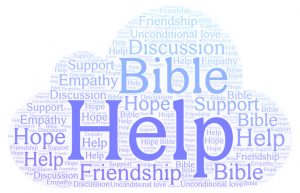 How can we help ex-Jehovah’s Witnesses, people who once were baptized Witnesses but who have now voluntarily disassociated themselves or who have been disfellowshipped by the congregation’s elders? Remember what I said in a previous post—except for family or business contact which can’t be avoided, obedient Jehovah’s Witnesses, including their family members and former friends, most likely will consider them to be traitors to Jehovah and his organization. They will be required to completely shun them. They won’t associate with them. They won’t share a meal with them. They won’t greet them or even acknowledge their presence. They will treat them as if they were dead.

There are two extremes to avoid.

First, don’t assume that they believe the Watchtower has wronged them. Many ex-Witnesses still believe that the Watchtower is God’s organization and that its standards and practices are biblical. It’s just that they themselves haven’t lived up to those standards. Some may try to get reinstated. Others may have given up and decided simply to be destroyed by God at Armageddon.

If that is their view, use the same approaches in sharing the gospel with them as you would with an active Jehovah’s Witness. After all, they still believe all or most of the Watchtower teachings.

If they believe they were justly disfellowshipped for immorality or some other offense, look for openings to share with them the forgiveness that’s available to them in Jesus Christ. It’s something they don’t understand.

Second, even if they have rejected the Watchtower, don’t assume they have become Christians already. Many ex-Witnesses are now atheists or agnostics. Some still believe in God but have joined another pseudo-Christian religion or non-Christian religion.

If they are open to discussing religious matters with you, by all means do so. Listen more than you talk, at least at first.

Encourage them to open up about what they believe. Rather than arguing with them, draw them out. As your discussions progress, you can express disagreement with them without being contentious.

Be wary of inviting them to your church. Remember that the Watchtower has indoctrinated them to believe that churches are satanic. They may react very negatively to things like praying to Jesus, looking at crosses, or celebrating Christmas and Easter. Be sensitive to their attitudes and let them know that you aren’t going to try to force them or trick them into anything that would violate their conscience.

If they indicate that they would like to come to church with you, encourage them to be open in discussing anything that happens there that disturbs them. Let them know that you won’t be offended or withdraw your friendship.

It may be that they don’t want to discuss religious issues with you at all. Many ex-Witnesses equate God, Christ, and religion with their negative Watchtower experience and want to be rid of it all. They may have had the Watchtower religion and system forced on them their entire lives and just want a life that is free of religion altogether. If that’s the case, then direct efforts to witness to them most likely would be counterproductive. Let them know you believe in God and Christ but assure them that you won’t try to force it on them. They will appreciate that, and your forbearance may give you the opportunity to share the gospel with them someday when they are open to it.

This concludes our overview of the Watchtower’s judicial system.

In the next series, I will highlight a number of serious problems with the way the Watchtower’s judicial process operates.