Establishing Their Own Righteousness During the Millennium 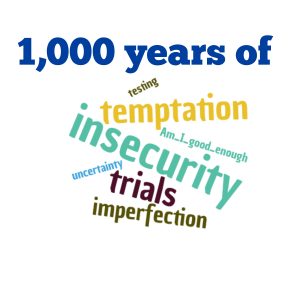 The Great Crowd must attain perfection during the millennial kingdom

According to the Watchtower, members of the great crowd must try to prove worthy of everlasting life by attaining perfection during the millennial kingdom.

If they prove worthy at the conclusion of this “old system,” they will enter the millennial kingdom on earth, either by surviving Armageddon or by being resurrected (re-created) from the dead in physical bodies. They will start with a clean slate. Their past sins will not be held against them.[1]

Even though the Watchtower believes that the great crowd whom Jehovah deems worthy of resurrection will enter into the millennial kingdom without any unpaid sin debt, it also teaches that they will still have the same sinful personalities and weaknesses they had when they died. They will not have become righteous.

“His death produced no change in him as to personality and sinful inclinations,” the Watchtower states. “By resurrection he did not become a perfect human, free from all effects of sin and imperfection inherited from Adam. He was not declared righteous because of dying. As in the case of an ex-convict, he must put forth diligent effort not to succumb to his fleshly weaknesses… Those raised to life on earth are the same individuals that died, descendants of sinner Adam. They are imperfect humans…”[4] (emphasis added)

They do not have Christ’s righteousness imputed to them

Without being spiritually reborn, without having been transformed upon entering the millennial kingdom, these imperfect human beings will somehow have to progress to perfection and be judged by their deeds performed during the millennium. Thus, the 1000-year reign will be a 1000-year judgment (testing) period in which people will have an opportunity to become perfect.[5]

“The ‘great crowd’ of survivors of the ‘war of the great day of God the Almighty’ will then be on their way to gaining absolute righteousness and perfection in the flesh… For this reason, they will not be justified or declared righteous either now or then as the 144,000 heavenly joint heirs have been justified while still in the flesh. The ‘great crowd’ will not undergo a change of nature from human to spiritual and so do not need the justification by faith and the imputed righteousness that the 144,000 ‘chosen ones’ have required.”[6] (emphasis added)

“Not imputed perfection by faith in Christ’s blood, but actual human perfection in the flesh by the uplifting, cleansing help of God’s Messianic kingdom—this is what the ‘great crowd’ will need and what they will attain by Christ’s kingdom of a thousand years.”[7] (emphasis added)

In your discussions with Jehovah’s Witnesses, make sure they understand that the Watchtower teaches that they will have to attain to perfection by the end of the millennial reign of Christ. Your goal will be to help them see that the Watchtower’s salvation system requires them to achieve the impossible.

Have you ever discussed with Jehovah’s Witnesses this requirement of perfection taught by the Watchtower?

Establishing Their Own Righteousness in This Life

The Great Crowd Will Never Be Secure