Differences Between the Watchtower’s Two Classes 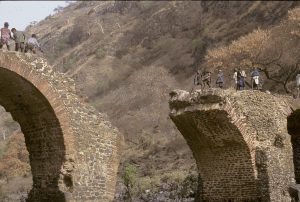 In previous articles, I described the Watchtower’s two-class salvation system. Today I want to set out a number of differences between the two classes (according to Watchtower teaching; note: individual Jehovah’s Witnesses may not be aware of all of these teachings).

The “great crowd” is much larger; the number is not revealed in the Bible.

The 144,000 have a heavenly hope. They will go to heaven and help Christ reign over Jehovah’s millennial kingdom.

The great crowd have an earthly hope. They will never go to heaven. They will be the subjects of the millennial with kingdom over which Christ and his anointed 144,000 brothers will rule.

The great crowd are not Christ’s brothers; they are Jehovah’s friends.

The 144,000 are in the new covenant in Christ’s blood and body. They partake of the bread and wine at the annual Memorial (the Watchtower’s version of communion).

The great crowd are not in the new covenant, although they benefit from it by virtue of their association with Christ’s brothers. They are encouraged to attend the annual Memorial but they are not allowed to partake of the bread or wine. In fact, it’s not clear what covenant the Watchtower applies to the great crowd other than the covenant God made with Noah.

The 144,000 have Christ as their mediator because they are in the new covenant.

The great crowd do not have Christ as their mediator because they are not in the new covenant, although they benefit from his work by virtue of their association with the 144,000.

Many Jehovah’s Witnesses are unaware of this teaching and are troubled when they find out about it.

6.  Differences regarding the new birth

The Watchtower considers the new birth to be a designation by Jehovah’s spirit of a person to the heavenly class.

Likewise, those in the great crowd are not born again since they do not have a heavenly calling.

The 144,000, when they die, receive spirit bodies suitable for life in heaven. Their physical bodies will never be resurrected.

The great crowd will one day be raised from the dead in physical—not spirit—form. This will not involve a raising of the bodies in which they died. Rather, it will be the creation of new bodies.

The Watchtower does not believe that people have separate souls or spirits that survive physical death. Rather, “the spirit” is an impersonal life force that animates a person’s body.

The 144,000 will receive spirit bodies and  an impersonal spirit will animate them. Jehovah will use his perfect memory to place their personalities and memories in those bodies.

The great crowd will receive physical bodies and an impersonal spirit will animate them. Jehovah will use his perfect memory to re-create members of the great crowd with their personalities and memories.

9.  Differences in time for “proving worthy”

The 144,000 have only this life in which to prove worthy of their heavenly calling.

The great crowd will have this life and the life in Christ’s 1000-year kingdom in which to attain to moral perfection, thereby proving their worthiness to everlasting life in paradise on earth.

Because they have only this life in which to become perfect, they will have Christ’s righteousness imputed to them. At their resurrection, they will be worthy to live in heaven and reign with Christ.

Because they have this life and the millennium in which to become perfect, they will never have Christ’s righteousness imputed to them. They will be resurrected with the same sinful personalities they had when they died, and they will have to learn to overcome them during the thousand years. They will have to pass a final loyalty test by Satan or be destroyed. If they pass the test, they will obtain the same conditional immortality Adam had before he sinned. If at any time they rebel again Jehovah he will annihilate them. (See Life Everlasting—In Freedom of the Sons of God (1966), p. 391)

In future articles, I will discuss have you can make use of many of these teachings in your discussions with Jehovah’s Witnesses.

Did you know about all of these differences? Do you see how these teachings might be fruitful areas for you discuss with Jehovah’s Witnesses?