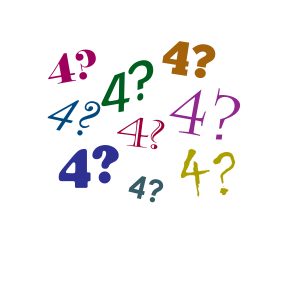 It noted that in Genesis 2, four streams went forth from the Garden of Eden and said that this is scriptural recognition of the fact that from Adam will come four streams:

It went on to say that the existence of these four classes is verified by the division of the Levites into four groups in Numbers 3 and Paul’s statement in 2 Timothy 2:20 that in God’s house there will be “four classes of vessels to his praise.”

The book goes through each of the twelve “tribes” of 12,000 that comprise the 144,000, describing specific characteristics and rankings of each “tribe.”

If you present all this information to Jehovah’s Witnesses, most likely they will be quite surprised, but they will brush it off as “old light,” saying something like, “Oh, we don’t teach that anymore.”

The question you need to press is, “Why did the Watchtower writers believe it was true in the first place? Did they get their understanding from Jehovah? If not, where did they get their understanding? What about the passages they cited from Genesis 2, Numbers 3, and 2 Timothy 2 in support of this four-class system? Did they read into the Bible all sorts of things that weren’t there? How do we know they aren’t doing that now? What guarantee do you have that what you are teaching as truth today won’t be just as easily discarded as ‘old light’ tomorrow?”

Did you know that the Watchtower used to teach a four-class salvation system? What impact, if any, do you think this information would have on the Jehovah’s Witnesses you encounter?

Differences Between the Watchtower’s Two Classes

God Has Only One Flock, Not Two