All Christians Are in the New Covenant 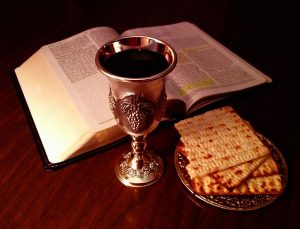 Because of the Watchtower teaching that only the anointed 144,000 are in the new covenant, at their annual Memorial service (their version of communion) only those who profess to be in this special class are allowed to partake of the bread and wine. Others are encouraged to attend, but they are required to pass the bread and wine by. This includes all Jehovah’s Witnesses who are in the great crowd, because the Watchtower says that the new covenant in Christ’s blood is not for them.

With regard to this practice, I recommend that you draw the Witnesses’ attention to the following Scriptures. Ask them to read them out loud.

Matthew 26:26-28: “While they were eating, Jesus took bread, gave thanks and broke it, and gave it to his disciples, saying, ‘Take and eat; this is my body.’ Then he took the cup, gave thanks and offered it to them, saying, ‘Drink from it, all of you. This is my blood of the covenant, which is poured out for many for the forgiveness of sins.’” (emphasis added).

Ask, “Why aren’t you included in whoever?”

If they insist that this experience is only for the 144,000, ask, “What does Jesus say here is true of people who do not eat his flesh and drink his blood?” If they don’t see it, keep pressing until they say that such people have no life in themselves.

Ask, “Doesn’t this mean that you have no life in yourselves?” They may mention that Paul said people should not partake in an unworthy manner (1 Corinthians 11:27). If they do, point out that the context has nothing to do with two classes. The problem was that they were dividing the congregation. Some people drank to excess, while others didn’t get to partake and went hungry. All were supposed to partake.

Ask, “According to this passage, how many bodies are there? One or two? How many of them does Paul say were partaking of the bread? Why aren’t you included in all?”

Have you ever discussed the New Covenant with a Jehovah’s Witness? Do you think my suggestions might be helpful?

God Has Only One Flock, Not Two

Establishing Their Own Righteousness in This Life